Pawan Hans Chopper Crash: Was There A Mid-Air Explosion? 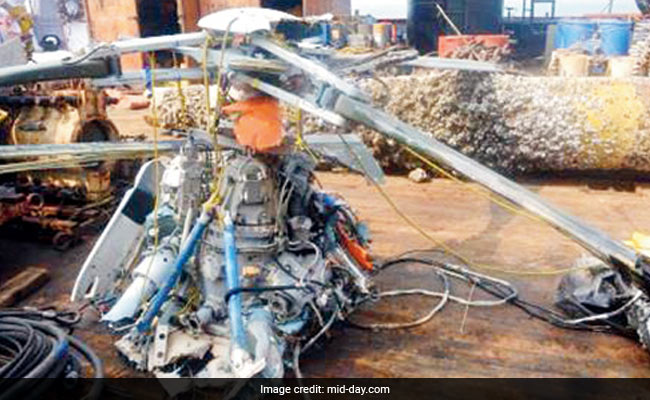 The chopper was found in a severely mangled condition, broken to bits

A mid-air explosion might be the reason the Pawan Hans chopper crashed into the Arabian Sea on Saturday. This is what forensic surgeons suspect after they examined another helicopter of the same make (Dauphin AS 365 N3) to recreate the scene of the accident. The experts also conducted autopsies of the victims, and their suspicions of an explosion were strengthened by the presence of superficial burns on two bodies.

On Tuesday, a panel of forensic surgeons from Cooper Hospital visited Pawan Hans helibase at Juhu Aerodrome to conduct a physical study of a chopper that is identical to the one that crashed. The experts wanted to get a better understanding of the seating arrangement, as well as the safety parameters inside the copter. The surgeons performed the autopsy of Captain V C Katoch yesterday, and are certain that a mid-air explosion can no longer be ruled out. An expert said, "After going through the mutilated remains of the pilot, Captain Katoch, and our subsequent visit to the helibase, we believe that some explosion might have resulted in the mishap." 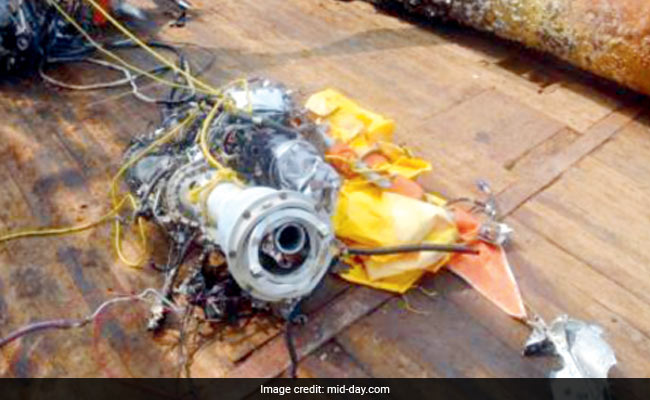 Another surgeon said, "The body of Captain Katoch was identified by his wife on the basis of a stone-studded ring and the insignia on his drenched uniform. His right upper limb was separated from the body, and he had sustained a crush injury to the head. The body showed slight decomposition, as the skin had started to peel off at certain places. "There were crush and laceration wounds on his body too, like a few others who had similar wounds. But unlike two other cases of superficial burn wounds, the same could not be found on Katoch's body, as the skin had started peeling off and the body was already mutilated."

When asked to elaborate more on the explosion finding, one of the doctors said, "We found some remains of seat cushions and other foreign elements embedded in one of the bodies, and superficial burns on two of the deceased, indicating some sort of explosion. "We have collected skin samples where superficial burn injuries were visible, and have sent them for chemical analysis to rule out the presence of petrochemicals, hydrocarbon residue, or any other inflammable materials. Also, samples have been preserved for DNA analysis for identification of victims." The forensic team is still waiting for the trunk (chest and abdomen) of ONGC staffer VK Babu. 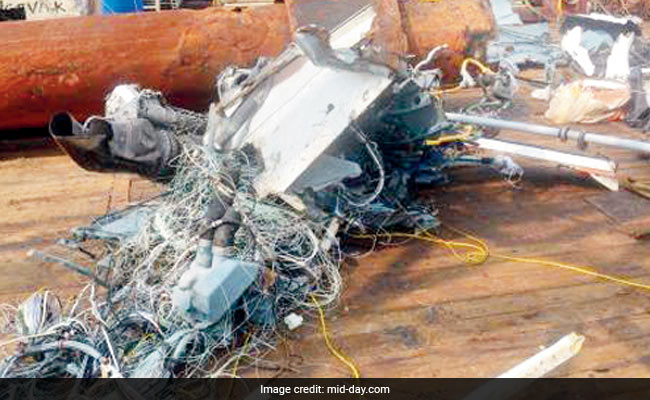 Aviation experts pointed out that these were serious findings and the Aviation Accident Investigation Bureau (AAIB) should accordingly carry out an in-depth and impartial probe. A forensic expert said, "The Pawan Hans team who were present during the inspection on Tuesday denied any possibility of mid-air explosion. They claim that the helicopter had all safety parameters and thorough security checks, as per the standard operating procedure. They also said there was no way the helicopter fuel got overheated or the engine exploded. "We have expressed our views, and now the investigating team must probe all angles, as the injuries sustained by the deceased were all ante-mortem (occurring before death) and deep injuries. The cause of death was not drowning, as was the case in past accidents. It is shock and haemorrhage due to multiple laceration and fractures."

The doctors further pointed out that the chopper was found in an unusually mangled condition, with debris being fished out in bits and pieces. A forensic expert said, "A few of the Pawan Hans officials were also shocked and clueless about what could have triggered their worst accident ever. In the past, Pawan Hans choppers have crashed landed in the sea, but the wreckage was never found in pieces, the way it was in this case."

Promoted
Listen to the latest songs, only on JioSaavn.com
However, a senior Coast Guard official supervising the rescue operation, said, "The helicopter crashed into the sea from a height of over 2,000 feet, and it cannot be ruled out that the impact is what caused severe damage to the helicopter. We have found 70 per cent of the wreckage, including the black box, which is slightly damaged." But when asked about the superficial burns on the bodies, the officer admitted this needed a thorough probe. mid-day also spoke to two pilots attached to Pawan Hans, who said, "The points raised by forensic experts are serious and it need to be probed by the investigating team. The flight records should be made public if the truth is to come out. The AAIB report will come out months later, and they tend to blame the pilot and co-pilot, who are not here to defend themselves."