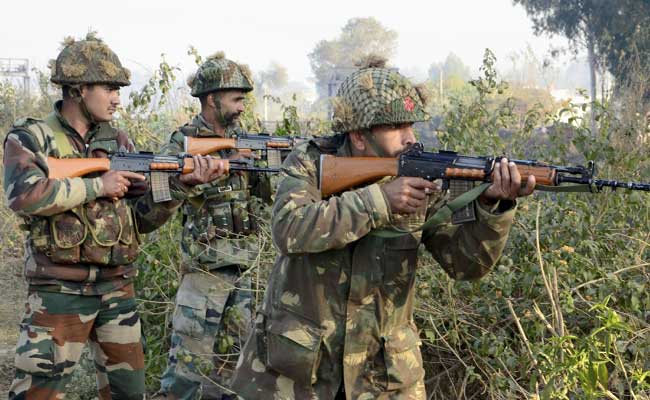 In Pathankot, terrorists were confined to an outer ring and could not harm the assets of Air Force, the BJP said.

New Delhi: Slamming Congress after it termed the Pathankot terror attack as a "grave security lapse", BJP said the security operation at the air base was "most successful" and drew a parallel with the Mumbai attack in which terrorist killed over 164 people despite "intelligence inputs" about its likelihood.

Hitting back at the Congress after it questioned Prime Minister Narendra Modi's Pakistan policy, BJP said PM Modi "conveyed the nation's anger" to his Pakistani counterpart Nawaz Sharif when the latter called him up following the attack and reminded it that there was no such response from Pakistan after Mumbai attack.

"Modi has sought time-bound and serious action from Pakistan. Sharif assured him of cooperation. There was no response from Pakistan following 26/11 terror attack in Mumbai. The operation in Pathankot was a most successful exercise against a fidayeen strike.

"Congress has made a reference to Mumbai attack. So many people were killed then despite intelligence inputs being received about the terror strike. It has no moral right to question the government. Its charges only show its mental bankruptcy," BJP secretary Shrikant Sharma said.

In Pathankot, terrorists were confined to an outer ring and could not harm the assets of Air Force, he said.

BJP's counter-attack came after Congress fielded former home minister Sushil Kumar Shinde to question the government over the Pathankot operation. Demanding resignations and action against home and defence ministers, he alleged the government had no system in place to protect the nation.

Taking a dig at Congress, Mr Sharma said those who are "responsible" for the problem of terrorism should not question PM Modi as he was working overtime to root out the issue.

Raking up Congress leader's suggestive reference to RSS following the Mumbai attack and his "Osama ji" remark, the BJP media cell head said the opposition party practised "vote bank politics" over the issue. He also noted that Mr Singh and other Congress leaders had questioned the veracity of Batla House encounter.

The Congress government was found "asleep" when it received the intelligence about the Mumbai attack while the BJP dispensation acted "swiftly", Mr Sharma said.

He also played down Congress' criticism of the decision to deploy the NSG instead of the Army to flush out terrorists, saying the former draws personnel from Army as well.

"Congress has maintained a negative mindset. It is very unfortunate that it has chosen to politice the terror attack," he said.

BJP hails the security forces for their valour and wisdom, Mr Sharma added.