In 2019, Mr Paras and nephew Chirag Paswan were among the six leaders from the party to win the Lok Sabha polls. 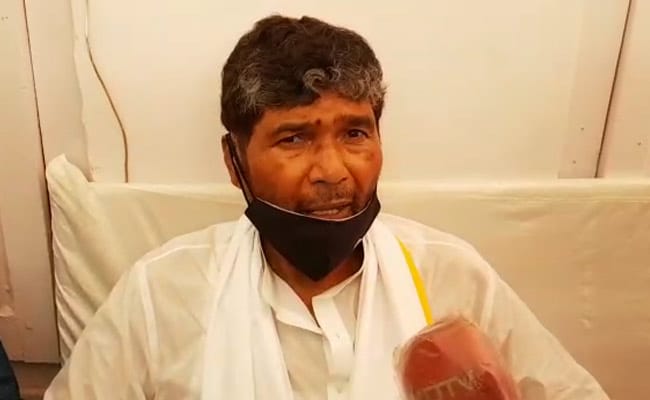 Pashupati Paras, the Hajipur MP who led the Lok Janshakti Party coup against his brother Ram Vilas Paswan's son Chirag Paswan in Bihar, was administered the oath of office as a Union Cabinet minister today.

Mr Paras began his innings in 1978 as a Janata Party MLA from Alauli in his native Khagaria district of Bihar. He had represented the assembly segment seven times. He had become a member of the Nitish Kumar cabinet in the state in 2017, when the Chief Minister realigned with the NDA.

In 2019, Mr Paras and nephew Chirag Paswan were among the six leaders from the party to win the Lok Sabha polls.

Just a couple of weeks ago, Mr Paras, who spent most of his political career under the shadow of his elder brother and LJP founder Ram Vilas Paswan, had affected the coup after he, supported by four party MPs, displaced his nephew Chirag as the leader of the party.

Chirag Paswan, whose staunch opposition to Nitish Kumar during the Bihar assembly elections was one of the main reasons behind the discontent among LJP MPs, however, has vowed to weather the storm. He has refused to give up the post of the chief of the party.

On Tuesday, Mr Paswan said the party's national executive had expelled Mr Paras and the other four rebel MPs.

PM Modi now has 77 ministers, nearly half of them new and seven ministers up for promotions.