The poll panel had on Wednesday announced that bypolls to three Lok Sabha and seven assembly seats across six states would be held on June 23. 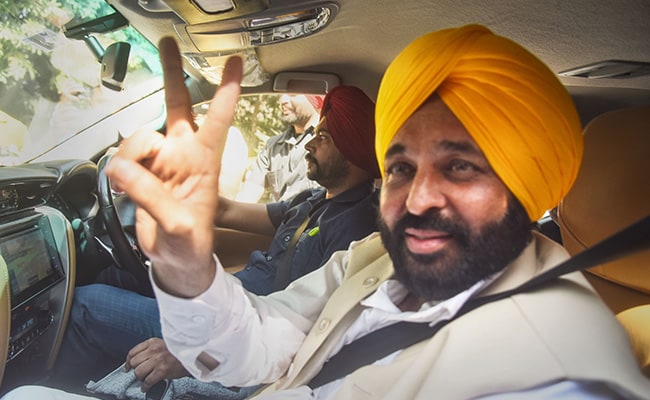 With the Election Commission announcing the date for the bypoll to Sangrur Lok Sabha seat, political parties in Punjab have geared up for the first major election after the Aam Aadmi Party formed the government in the northern state.

The poll panel had on Wednesday announced that bypolls to three Lok Sabha and seven assembly seats across six states would be held on June 23.

The Sangrur seat fell vacant after Bhagwant Mann won from Dhuri assembly segment in the 2022 assembly elections. He had won from Sangrur parliamentary seat in 2014 and 2019. While BJP leader Rana Gurmit Singh Sodhi on Thursday said his party is fully prepared to fight the upcoming bypoll to the Sangrur Lok Sabha seat, the Punjab Congress leaders held a meeting here to discuss the election.

BJP leader Sodhi, who is the party's in-charge for the Sangrur bypoll, said he has already held meetings at Sangrur in connection with the upcoming bypoll.

He told PTI that a meeting on the bypoll to the Sangrur Lok Sabha seat will be held on Friday in Chandigarh, adding that senior party leaders will be in attendance.

Mr Sodhi added that the party's candidate for the bypoll is expected to be announced within a week.

He also hit out at the AAP, alleging that there was “zero performance” of the party in the state in the past two months.

Warring has already held meetings at Sangrur in the wake of the bypoll.

He said the name of the candidate will be announced by the party's political affairs committee very soon.

According to the poll schedule, the polling will take place on June 23 while counting of votes will be held on June 26.

The notification for the bypoll will be issued on May 30 and the last date of filing nominations is June 6. The scrutiny of nominations will be done on June 7, while the last date for the withdrawal of the candidatures is June 9.