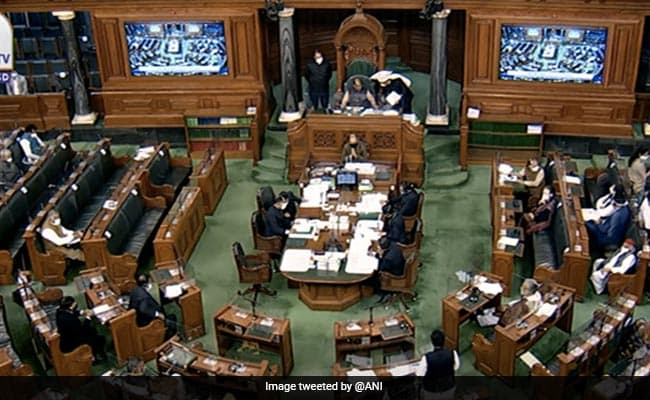 On Friday, the Lok Sabha was adjourned after a long debate on the ongoing Covid pandemic. During the debate, the opposition members cautioned against a possible third wave of the pandemic due to the new variant and said all steps should be taken to prevent its spread in the country.

A number of bills are expected to come up after over 52% of Rajya Sabha's scheduled sitting time was lost to disruptions and protests last week.

Dec 06, 2021 18:51 (IST)
Just In| Lok Sabha adjourned till tomorrow
Dec 06, 2021 17:24 (IST)
Rajya Sabha adjourned for the day amid Opposition protests over suspension of MPs
Rajya Sabha proceedings were adjourned for the day on Monday amid protests by Opposition parties over their demand to revoke the suspension of 12 members of the House.
As soon the House reassembled at 4 pm following four adjournments of varying durations, Deputy Chairman Harivansh called Home Minister Amit Shah to give a statement on the Nagaland firing incident in which 14 civilians were killed.
Even as the minister was making a statement, Opposition members kept raising slogans against the government. Shah had made the same statement earlier in the Lok Sabha.
As soon as Shah finished his statement, the Deputy Chairman adjourned the House for the day as Opposition members refused to relent and continued their uproar over the suspension of 12 MPs.
Earlier, Rajya Sabha proceedings were adjourned till 4 pm as the House was unable to function amid protests by opposition MPs who had trooped inside the well over the suspension issue. This was the fourth adjournment of the day.
Dec 06, 2021 17:01 (IST)

Dec 06, 2021 16:21 (IST)
Union Home Minister Amit Shah makes a statement in Rajya Sabha on the incident of death of civilians in an anti-insurgency operation that went awry in Nagaland
"Army has initiated a probe into this incident at the highest level. Action will be taken as per the law," he says. 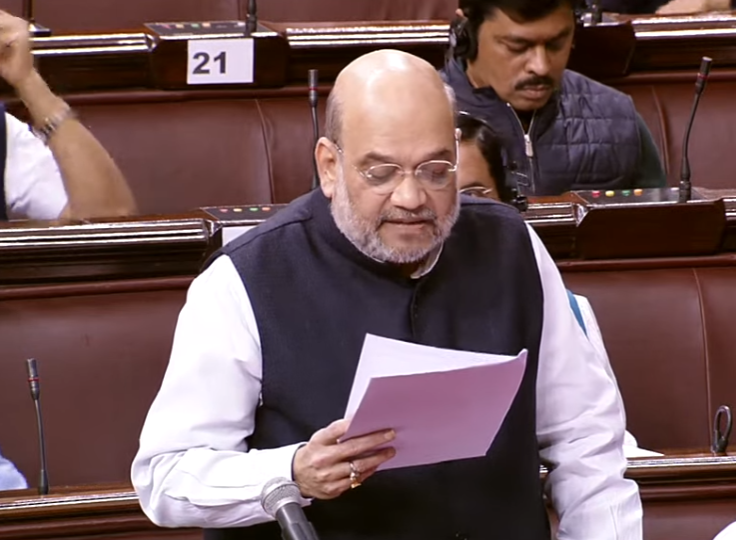 Amit Shah Says Centre Regrets 14 Nagaland Civilians' Deaths In Army Op
Violence in Nagaland - in which 14 civilians and a soldier died - led to a face-off in Parliament today, with the opposition demanding an inquiry and compensation for the families of those killed. PM Modi met senior ministers to discuss the issue.
Dec 06, 2021 15:10 (IST)

6 out of the 8 people in vehicle died. It was later found to be a case of mistaken identity. 2 others who were injured were taken to nearest health centre by Army. After receiving news of this, local villagers surrounded the Army unit, set 2 vehicles on fire & attacked them: HM pic.twitter.com/bmQ2IBe7c1

Army had received info on movement of extremists in Oting, Mon. On that basis, 21 commandos laid an ambush in suspected area. A vehicle reached there, it was signalled to stop but it tried to flee. On suspicion of the vehicle carrying extremists, it was fired upon: HM#Nagalandpic.twitter.com/Y0Gu2WodHD

An inquiry should be initiated. State govt has given ex-gratia of Rs 5 lakhs each to the families of the victims. The Centre should also give adequate compensation to the affected families: T. Yepthomi, NDPP MP from Nagaland in Lok Sabha on recent civilian killings in his state pic.twitter.com/X4Jj4ONsgh

Rajya Sabha adjourned till 12 pm today, amid demand by the Opposition MPs for the Union Home Minister's statement over #NagalandFiringpic.twitter.com/yRZNyNkf2p

Dec 06, 2021 11:10 (IST)
Winter Session: Home Minister Should Give Statement In Both Houses On Nagaland: Mallikarjun Kharge

We'll demand that the Home Minister give his statement before both Houses & give his detailed view on the incident, we're expecting it. It's a very sensitive incident. It shouldn't have happened. He should answer why did it happen: LoP Rajya Sabha, Mallikarjun Kharge#Nagalandpic.twitter.com/ds1Pf9nHZu

PM Narendra Modi holds meeting with top ministers in Parliament to discuss various issues including the Nagaland firing incident and the government's strategy in both Houses pic.twitter.com/EauNriaXVq

Dec 06, 2021 10:29 (IST)
Winter Session: Home Minister Amit Shah To Give Statement On Nagaland Firing Incident
Union Home Minister Amit Shah will give a statement on the Nagaland firing incident in both the Houses of the Parliament on Monday. Some Naga youth were reportedly killed in Oting village of Nagaland's Mon district on Saturday when they were allegedly fired at by security forces.
Dec 06, 2021 09:48 (IST)
Health Minister to move National Institute of Pharmaceutical Education and Research (Amendment) Bill
Ahead of today's winter session of Parliament, Union Health Minister Dr Mansukh Mandaviya will move the National Institute of Pharmaceutical Education and Research (Amendment) Bill, 2021, for consideration and passing, in Lok Sabha.