"Farm Laws Withdrawn During British Rule Too": Opposition In Parliament

Parliament Session: The farmer protest is being discussed in the Rajya Sabha in a near 15-hour slot, after the government agreed for it in a breakthrough in its talks with the opposition. 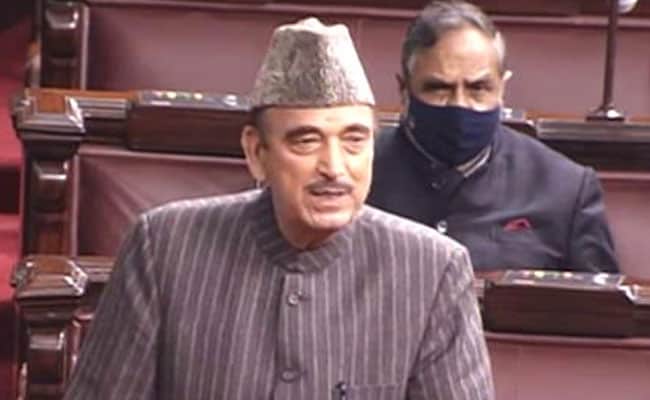 Leader of the Opposition in the Rajya Sabha Ghulam Nabi Azad today urged Prime Minster Narendra Modi to repeal the three farm laws, voicing the united stand of the opposition during a debate on the contentious laws that have trigged a massive agitation by farmers at Delhi's borders.

"The British too had once withdrawn a farm law ruling its rule," the senior Congress leader said.

The farmer protest is being discussed in parliament in a near 15-hour slot, after the government agreed for it in a breakthrough in its talks with the opposition. The discussion is taking place in the Rajya Sabha, where Question Hour has been suspended for two days.

During the discussion, Mr Azad also asked PM Modi to set up a committee to look for "those who have been missing since January 26", while condemning the unprecedented violence in the capital on Republic Day after a tractor rally by farmers turned rogue. "There should be strict action against the culprits," he said.

Over 16 opposition parties had demanded a five-hour standalone discussion on the farmer protests, which the government agreed to increase to 15.

BJP Rajya Sabha member Vijaypal Singh Tomar, meanwhile, strongly pushed for the agricultural laws while initiating the discussion on the motion of thanks to the President's address to the join sitting of parliament last Friday.

Opposition parties, which tried to block the farm bills in parliament last year, had requested President Ram Nath Kovind not to sign on the bills. The bills, they had said, were passed in the Rajya Sabha in an undemocratic manner. The President, however, had given his assent to all three bills.

Farmers fear the new laws will deprive them of guaranteed minimum earnings and leave them open to exploitation by big business. Eleven rounds of talks have been held between the farmers and the government but there been no breakthrough. The farmers have turned down the centre's last offer to put the laws on hold for 18 months while a special committee conducts negotiations.