Monsoon Session Live Updates: Proceedings in Rajya Sabha and Lok Sabha were repeatedly disrupted as opposition members protested on the phone-tapping, farm laws and other issues and demanded a discussion after the suspension of regular business.

Amid an uproar by the opposition members, both Rajya Sabha and Lok Sabha have been adjourned for the day.

Proceedings in Rajya Sabha and Lok Sabha were repeatedly disrupted as opposition members protested on the phone-tapping, farm laws and other issues and demanded a discussion after the suspension of regular business.

The government on Monday introduced a bill in the Lok Sabha to amend the insolvency law and provide for a pre-packaged resolution process for stressed MSMEs.

The Insolvency and Bankruptcy Code (Amendment) Bill, 2021 -- which was introduced by Corporate and Finance Minister Nirmala Sitharaman -- will replace the ordinance that was promulgated on April 4 as part of efforts to provide relief for MSMEs adversely impacted by the pandemic.

Here are the highlights of Parliament Monsoon Session 2021: 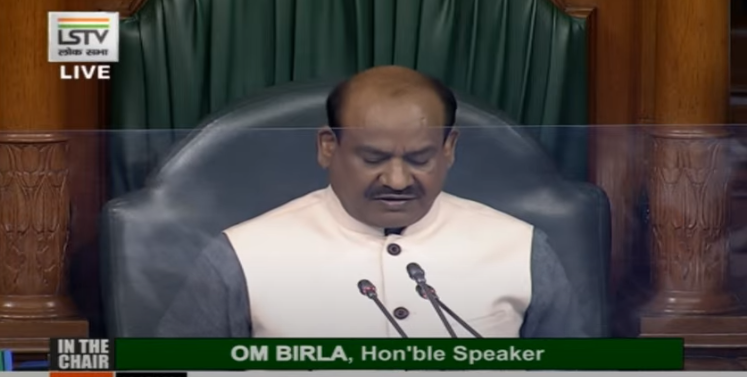 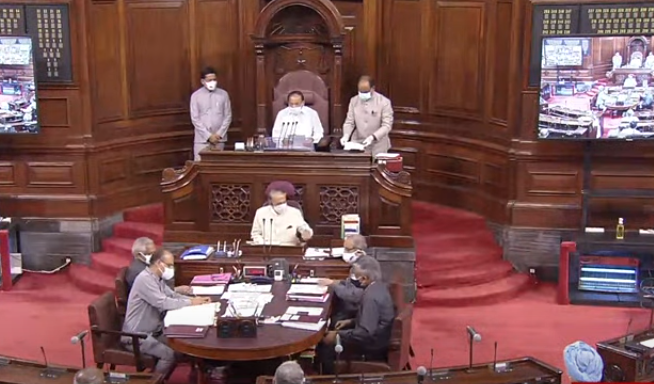 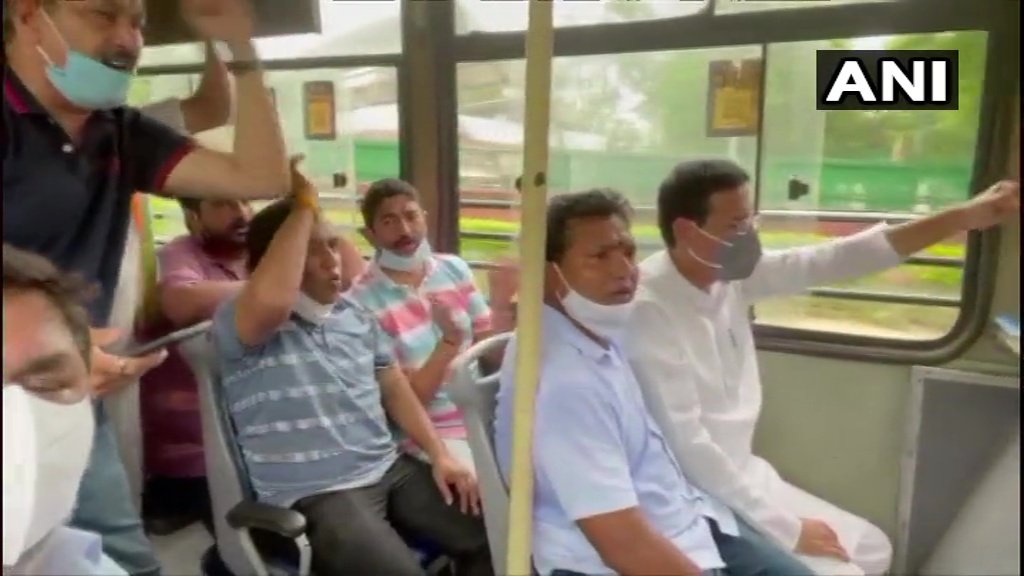 Jul 26, 2021 11:42 (IST)
I've brought farmers' message to Parliament. They (Government) are suppressing voices of farmers and not letting a discussion take place in Parliament. They'll have to repeal these black laws. The entire country knows these laws favour 2-3 big businessmen.
As per Government, farmers are very happy and those (protesting farmers) sitting outside are terrorists. But in reality, farmers' rights are being snatched away: Congress leader Rahul Gandhi after driving a tractor to Parliament 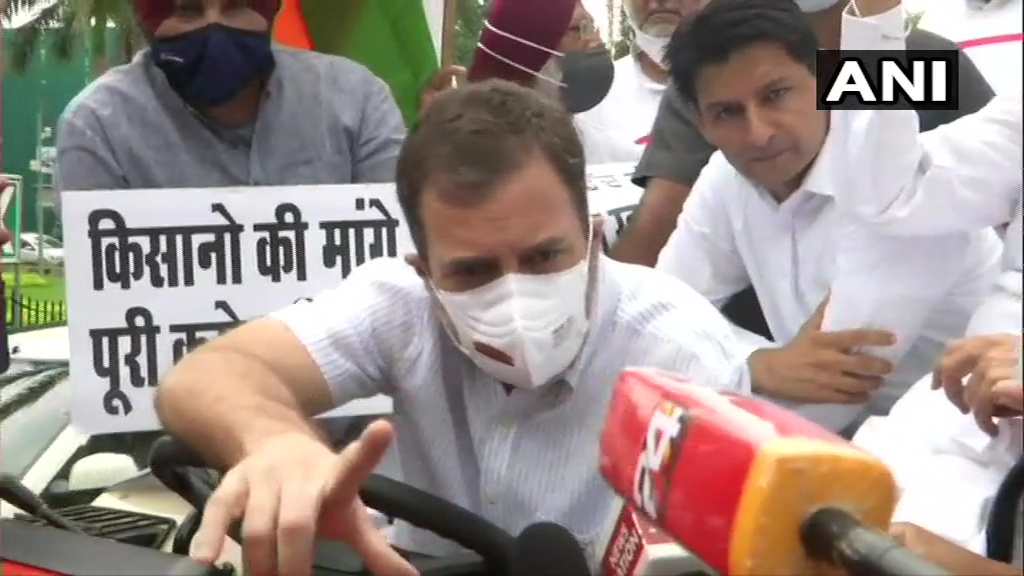 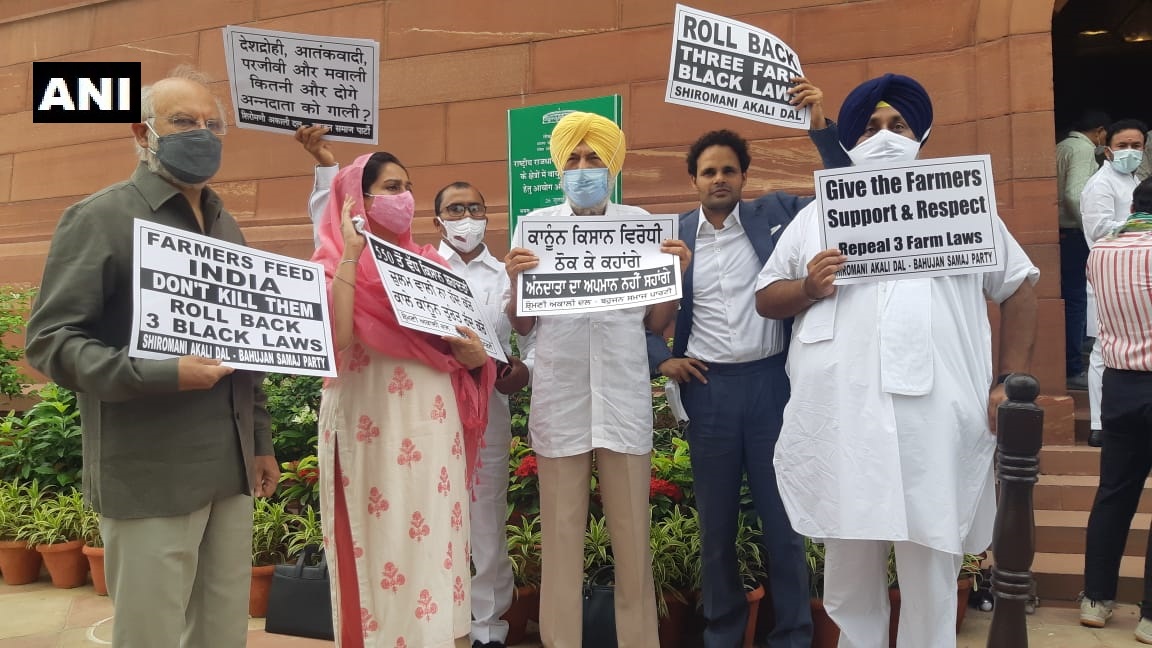 Jul 26, 2021 11:40 (IST)
Rajya Sabha members pay tribute to the breavehearts of the Kargil war on the occasion of Kargil Vijay Diwas.

Jul 26, 2021 11:32 (IST)
Update| Rajya Sabha proceedings adjourned till 12 noon after opposition parties create ruckus over various issues
Jul 26, 2021 11:08 (IST)
Parliament: Bill to amend Insolvency and Bankruptcy Code, 2016 to be introduced in Lok Sabha today
As the Lok Sabha is all set to resume proceedings on Monday two days after the house was adjourned amid the ruckus created by the Opposition, Union Finance Minister Nirmala Sitharaman will introduce a bill to amend the Insolvency and Bankruptcy Code, 2016.
Ms Sitharaman will also table an explanatory statement showing reasons for immediate legislation by the promulgation of the Insolvency and Bankruptcy Code (Amendment) Ordinance, 2021.
She will also move the bill to amend Factoring Regulation Act, 2011, for consideration.
Another important bill, the National Institutes of Food Technology, Entrepreneurship and Management Bill, 2021, which has already been passed by the Rajya Sabha, will be moved in the Lok Sabha today by Union Food Processing Industries Minister Pashupati Kumar Paras for consideration.
Jul 26, 2021 10:54 (IST)
Congress leader Rahul Gandhi drives a tractor to reach Parliament, in protest against the three farm laws. 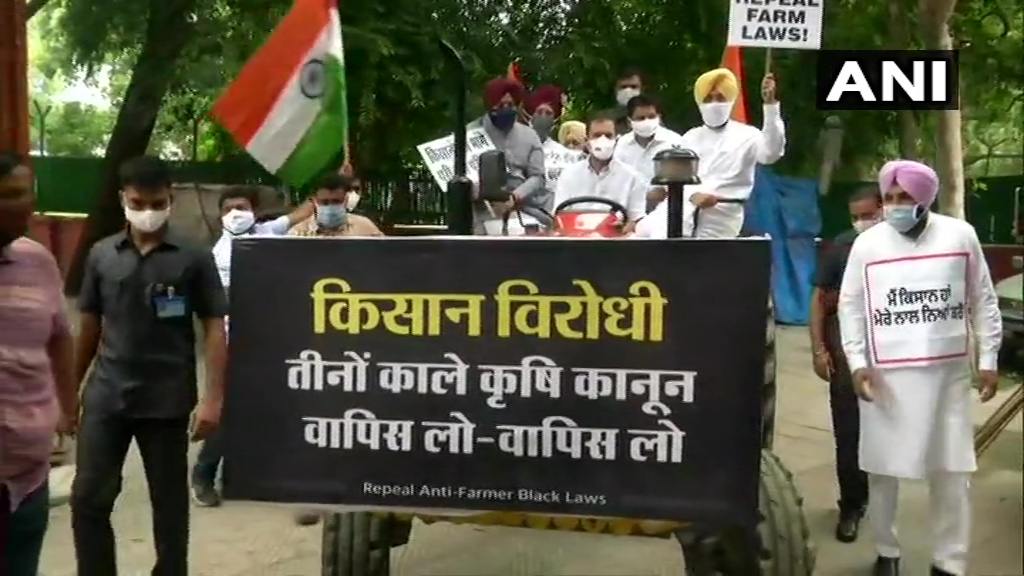 Jul 26, 2021 09:25 (IST)
Trinamool Congress's Rajya Sabha member Dr Santanu Sen has been suspended from the House for the remaining part of the monsoon session for snatching IT Minister Ashwini Vaishnaw's statement on the Pegasus snooping allegations.
Jul 26, 2021 09:00 (IST)
PM Must Make Statement On Pegasus In Parliament, Says P Chidambaram
Senior Congress leader P Chidambaram on Sunday said the government should either call for a joint parliamentary committee probe into the Pegasus snooping allegations or request the Supreme Court to appoint a sitting judge to investigate the matter, and demanded that Prime Minister Narendra Modi make a statement in Parliament clarifying whether there had been surveillance or not, news agency PTI reported.
Jul 26, 2021 09:00 (IST)
For all the updates on earlier developments, click here