Home Minister Anil Deshmukh said he had received complaints from many political parties and their leaders regarding tapping of their phones during the BJP rule. 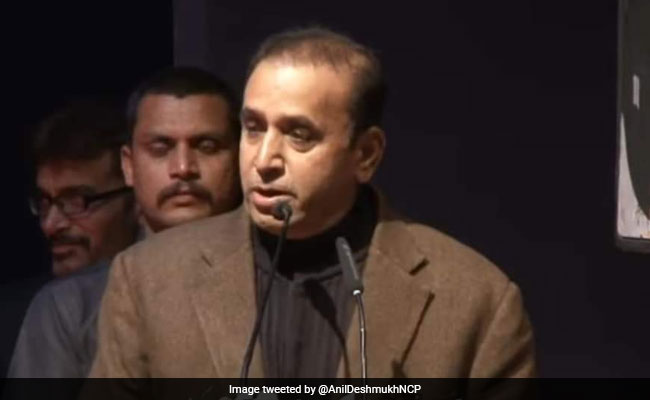 The Maharashtra government on Monday announced the formation of a two-member committee to conduct a comprehensive inquiry into allegations of tapping of phones of political rivals by the previous BJP-led administration.

They will have liberty to induct officers and technical experts as per requirement, he said.

Mr Deshmukh, who took charge in early January, said he had received complaints from many political parties and their leaders regarding tapping of their phones during the BJP rule.

"It is imperative that a comprehensive inquiry is conducted into the issue of keeping phones of political rivals under surveillance for vested interests," he said.

The NCP minister said the inquiry will be broad-based to cover whether legal provisions regarding phone tapping had been followed in letter and spirit and whether there was any mala fide intention.

The probe will cover not only legal documentation, but also take support of technical experts to decipher if unofficial surveillance has been carried out by tracing the footprint in the servers of various telecom companies through physical verifications and visits, he said.

"They (the panel members) will find out which officers went to Israel to get the software for spying and misused it," Mr Deshmukh said.

The Home Minister reiterated the phone tapping charges against the BJP-led government.

"The BJP government, before the assembly polls (held in October 2019) and afterwards, tried to gather information about what and with whom Congress, NCP and Shiv Sena leaders were talking," he said.

In November, the Shiv Sena snapped its ties with long-standing ally BJP and joined hands with the Congress and the NCP to form a government in alliance.

Former Chief Minister Devendra Fadnavis has denied the charges saying phone-tapping was not the culture of the state and his government had not given any such orders.

Mr Fadnavis, now Leader of Opposition in the assembly, had said that the new government was free to conduct an inquiry into the matter.

"The government should immediately conduct an inquiry and make the report public. If it wants to go to Israel for the probe, it should do that, Fadnavis, who held the home portfolio during his tenure, had said. The Shiv Sena was part of the Fadnavis government.