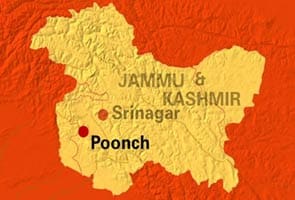 Poonch: In yet another case of ceasefire violation, Pakistani troops fired at Indian Army posts for over three hours along the Line of Control in the Poonch sector in Jammu and Kashmir last night, prompting the Indian side to retaliate.

Mandi and Garhi battalions in Poonch came under attack at 11:30 pm from Pakistani army which opened fire from small and automatic weapons and used mortars. Indian troops retaliated effectively resulting in exchanges that stopped around 3:45 am today.

On Sunday, firing had been reported on four forward posts in Poonch in the early hours.

Promoted
Listen to the latest songs, only on JioSaavn.com
There have been over 90 ceasefire violations by Pakistani army since January 1.

Six jawans were killed and 13 people were injured in ceasefire violations and firing by Pakistani troops on forward posts, civilian areas and patrol parties along the border in August this year.

UP Government Has Given Up Before Priyanka Gandhi And Her Popularity: Congress