Pakistan Trying To Stir Up Trouble In Kashmir Ahead of UN Meet: Sources

"Before UN General assembly begins, Pakistan wants to paint a particular picture, so we are extra cautious," a senior government functionary told NDTV. 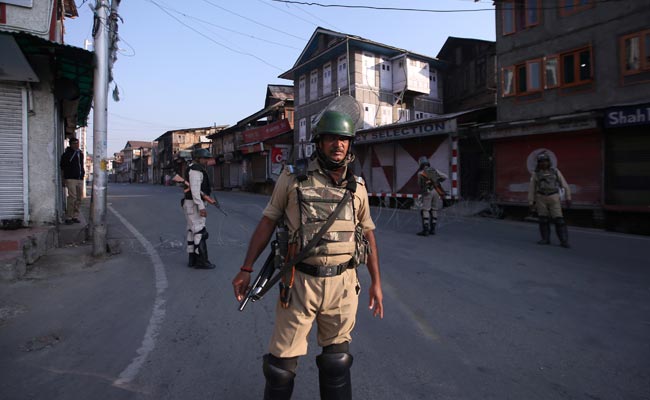 The UN General Assembly begins on September 17 and will be attended by most of the world leaders. Prime Minister Narendra Modi and his Pakistani counterpart Imran Khan will also attend the event.

"Before UN General assembly begins, Pakistan wants to paint a particular picture, so we are extra cautious," a senior government functionary told NDTV. Talking about the measures adopted by the government, he said, "Restrictions would be back in full force on Friday as usual".

Pakistan, he said, is using civil disobedience as a tool in Jammu and Kashmir to build on sentiments in its favour. According to reports reaching the home ministry, in some places, the people are imposing curfew on their own. "They don't throw a single stone at security forces but only target violators among public," he added.

Radio chatter intercepted by Research and Analysis Wing and the army suggests that Pakistan-sponsored terrorists are planning a massive attack in the Kashmir valley.

"Six months ago, religious shrines were on their target. Now, we can only speculate on possible imaginary targets that will cause commotion and also get Pakistan International attention," a senior official in the Intelligence wing said.

According to him interceptions don't suggest any specifics. "For Friday prayers we are taking all precautions," he said. Inputs also suggest that terrorist infiltrations and firing from across the border are expected to increase in the coming days so Islamabad can point to a troubled state, he added.

"We have issued a general alert to states and Union territories and have asked security forces to be on extra alert in the hinterland so that any misadventure by the Pakistan Army and Pakistan-backed terrorists could be foiled," a senior bureaucrat said.

They also said the army has captured two Pakistani nationals associated with the Lashkar-e-Taiba, while they were trying to enter the Indian side.

Ever since the government ended the special status of Jammu and Kashmir and bifurcated the state into two Union Territories, Pakistan has been approaching world powers to speak in its favour and against the Indian government's decision. "But barring China, no country has supported Pakistan. Hence, Islamabad will try its best to raise the Kashmir issue through escalation of violation along the border as well as in the hinterland," an official of the home ministry said.