Police records show Masrat Alam Bhat was a terrorist before he joined separatist politics in 1996. He was one of the commanders of a pro-Pakistan terror outfit 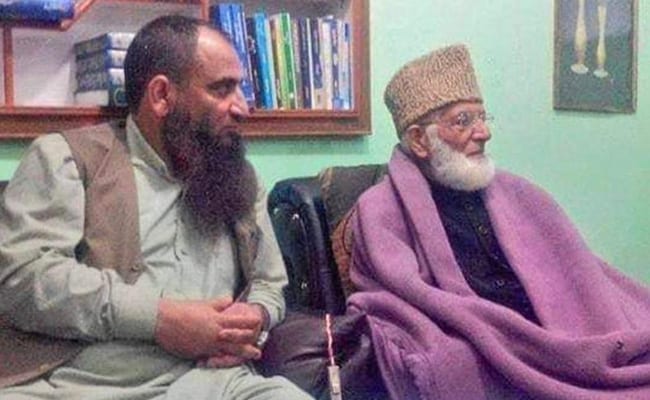 Pakistan appears to be trying to meddle in Kashmir in a larger way, especially after the Taliban's takeover of Afghanistan, sources have said. A week after pro-Pakistan separatist leader Syed Ali Shah Geelani died, his protege Masrat Alam Bhat, who is in jail, has been made chairman of the All Parties Hurriyat Conference.

"He is a pro-Pakistan hardliner and the only visible face with some kind of public credibility in Hurriyat. It's clear that Pakistan is running its agenda now," said a senior police officer who asked not to be named.

The authorities expect more calls for protests in Kashmir valley in the coming days as the Hurriyat attempts to show Masrat Alam Bhat is in charge now. "Already, many calls have been made by Hurriyat in the last one week. We have made arrangements as we anticipate some action around Friday," the police officer said.

Although the Jammu and Kashmir Police have said they have handled the situation immediately after the burial of Syed Ali Shah Geelani, they anticipate that some radicalised elements may try to create trouble.

"Even though their mascot is behind bars, the Afghanistan chapter will act as a booster dose for them," another senior officer handling the Kashmir situation told NDTV, asking not to be named.

Police records show Masrat Alam Bhat was a terrorist before he joined separatist politics in 1996. He was one of the commanders of a pro-Pakistan terror outfit.

He was arrested, and after coming out of jail he joined the separatist Muslim League and rapidly rose through the ranks to become party chief.

The Hurriyat Conference came into existence in 1993 with 26 groups, including some pro-Pakistan and known terror groups like the Jamaat-e-Islami, Jammu Kashmir Liberation Front (JKLF) and the Dukhtaran-e-Millat. It also included the People's Conference and the Awami Action Committee headed by Mirwaiz Umer Farooq.

The centre banned the Jamaat-e-Islami and the JKLF in 2019.

"In 2008 and also in 2010, Masrat called the shots while issuing protest calendars. In fact, Geelani wanted to end strike calls but Masrat persisted," a senior Jammu and Kashmir Police officer said. "Considering the challenges, Hurriyat members have got in touch with each other and unanimously agreed that Masrat Alam Bhat will be made the chairman," the officer said.

The officer said Shabbir Ahmad Shah and Ghulam Ahmad Gulzar would be vice-chairmen; Moulvi Bashir Ahmad Irfani will continue to work as general secretary of the Hurriyat.