Pak Terrorist Arrested In Delhi Forged Papers, Was In Hiding For 13 Years

Mohammed Ashraf had been living as part of a sleeper cell and the module was planning a terror attack during the festival season, Delhi Police said 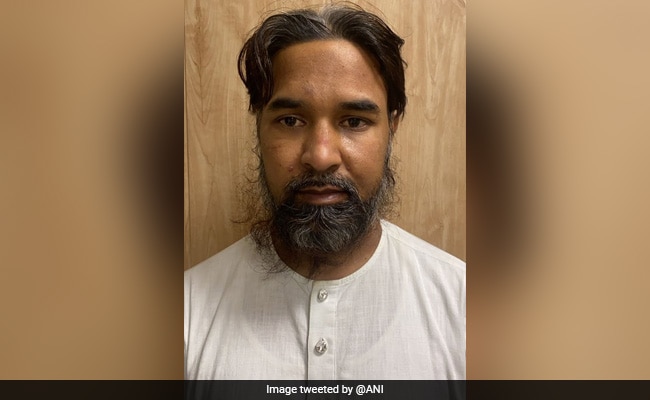 A Pakistani terrorist arrested in Delhi on Monday had been living in the country for 13 years, with forged Indian documents, police said.

Mohammed Ashraf (40) entered India through Bangladesh on the directions of Pakistan's ISI and had been living as part of a sleeper cell, Pramod Kushwaha, Deputy Superintendent of Police, Special Cell, told reporters. The module was planning a terror attack during the ongoing festival season, he said.

After questioning him, police have recovered an AK-47 rifle, 60 rifle rounds, two pistols, 50 rounds and a hand grenade from the Yamuna Bank area, Mr Kushwaha said.

The special cell operation was monitored by Police Commissioner Rakesh Asthana. "It is a good catch by the special cell ahead of the festive season. A big terror plan has been foiled by our team," a report by news agency ANI quoted Mr Asthana as saying.

A terrorist, Pak national, caught by #DelhiPolice#SpecialCell@CellDelhi from Laxmi Nagar area of Delhi, staying on fake identity on forged documents, as we beefed up anti-terror alert and action across city in current festive season. Major terror plan foiled. Further probe on.

Police said Ashraf is from Narowal in Pakistan's Punjab province and had been roped in by ISI right after he passed Class X.

Mr Kushwaha said Ashraf had been involved in several terrorist activities, including in Jammu and Kashmir, and had earlier lived in Ajmer, Kashmir and other cities. In Delhi, police said, Ashraf had lived at Shastri Nagar and Laxmi Nagar. He had taken up the guise of a maulana and was also involved in quackery to hide his identity. Ashraf was arrested from his residence in Laxmi Nagar's Ramesh Park locality.

A Pakistan-based handler code named Nasir would give tasks to Ashraf and had provided him with weapons, the police officer said. Ashraf would receive money through hawala transactions, he added.

Ashraf had obtained Indian documents through forgery and had also travelled to Saudi Arabia and Thailand on an Indian passport, police said. He had also married a woman in Ghaziabad but abandoned her later, they added.

Ashraf's former landlord has said they will cooperate with police in the investigation, according to a report by ANI.

"He lived here for 6 months. My father got his Aadhar Card made for documentation. After he left, we were not in touch with him. If needed, we will cooperate with the police," Uzaib, the former landlord, said.

Asraf has been booked under relevant provisions of the Unlawful Activities (Prevention) Act, Arms Act, Explosive Substances Act, among others.

The Patiala House Court on Tuesday remanded Ashraf in police custody for 14 days.