The close ties between the two leaders helped bolster Indo-Japan ties to a special strategic and global partnership. 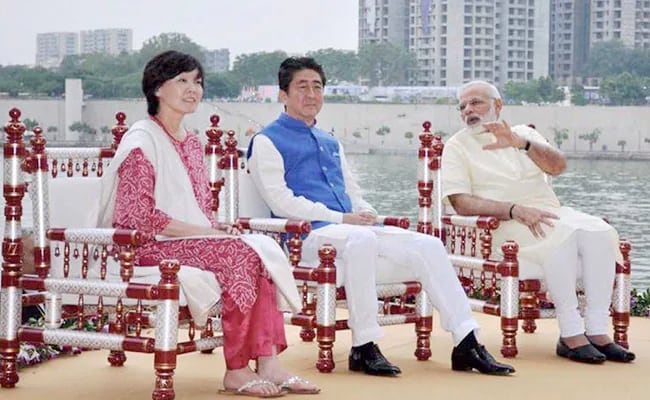 Shinzo Abe, the former Prime Minister of Japan, has died after he was shot this morning while campaigning for a parliamentary election. A 41-year-old man, reported to have carried the attack, has told the police he was dissatisfied with Mr Abe and wanted to kill him.

Prime Minister Narendra Modi addressed Shinzo Abe as a "dear friend" as he expressed shock over the Japanese leader's death. "He was a towering global statesman, an outstanding leader, and a remarkable administrator. He dedicated his life to make Japan and the world a better place," PM Modi tweeted.

PM Modi and Shinzo Abe shared very close ties and the latter had gone on record to call PM Modi his most dependable friend. The close ties between the two leaders helped bolster Indo-Japan ties to a special strategic and global partnership.

My association with Mr. Abe goes back many years. I had got to know him during my tenure as Gujarat CM and our friendship continued after I became PM. His sharp insights on economy and global affairs always made a deep impression on me.

A year later, Mr Abe hosted PM Modi at his private holiday home when the latter visited Japan for the India-Japan annual summit.

As Japan's longest-serving prime minister, Mr Abe had shared a special bond with India. He was given the Padma Vibhushan -- India's second-highest civilian award - in 2021.

He was also the chief guest at the Republic Day parade in 2014 during the UPA government.

While addressing a joint session of the Indian Parliament in 2007, Mr Abe recalled that India's first PM Jawaharlal Nehru hosted his grandfather Nobusuke Kishi, the then Japanese Prime Minister, in New Delhi in 1957.

Known for his economic reforms and policies, Mr Abe's policies helped charter the growth of the Japanese economy and his push for reforms came to be popularily known as Abenomics.

The common areas of collaboration between Japan and India ranged from civilian nuclear energy to security concerns in the Indo pacific seas apart from collaboration in economic partnerships and infrastructure.