The Opposition parties pointed out that proper scrutiny of bills by parliamentary committees was needed to improve their content and quality. 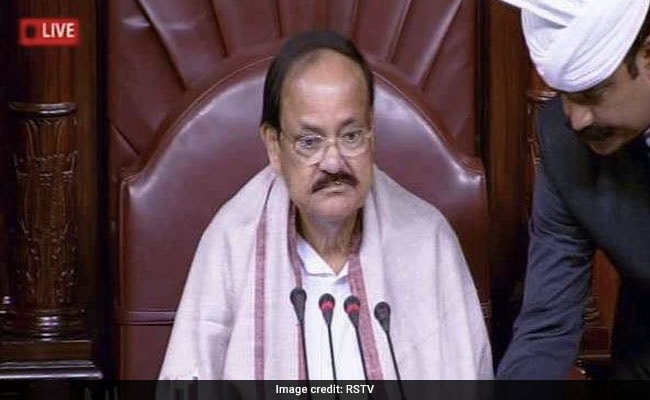 The letter was written to Rajya Sabha chairman Venkaiah Naidu by 17 opposition parties.

As many as 17 opposition parties wrote to Rajya Sabha chairman Venkaiah Naidu today to express anguish over the "hurried" passage of bills in the present parliament with little or no scrutiny. Terming it as a gross departure from established practice, they claimed that 14 bills had been passed in the current Lok Sabha with barely a second look.

The current scenario in the lower house is in stark contrast with the 15th Lok Sabha (2009-14), which passed 71% of its bills after proper scrutiny by parliamentary committees, the opposition parties pointed out with the help of a bar graph.

The political parties pointed out that the first session of the 13th, 14th, 15th and 16th Lok Sabha had about 10 sittings each, during which only a handful of bills that had undergone parliamentary scrutiny were passed. "However, the first session of the 17th Lok Sabha has had 30 sittings, and a dubious record was set during this period: 14 bills have been passed with none having been scrutinised by any parliamentary committee," the letter read, adding that 11 more bills have been listed for introduction, consideration and passage.

Even the previous Lok Sabha headed by the BJP-led National Democratic Alliance (NDA) had referred just 26% of the bills to a standing committee or select committee for legislative scrutiny, the letter said, adding that "public consultation is a long-established practice where parliamentary committees scrutinise bills, deliberate, engage and work towards improving the content and quality of the legislation".

The BJP-led National Democratic Alliance (NDA) has 352 seats in the Lok Sabha, while the Congress and its allies have just 91. Although the NDA does not have a majority in the Rajya Sabha yet with just 99 members, the coalition is likely to secure it by 2021.

Two controversial legislations, the Triple Talaq Bill and the Right To Information (Amendment) Bill, were passed by the Lok Sabha and Rajya Sabha respectively over the last two days.