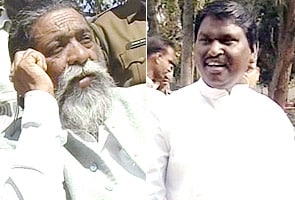 New Delhi: On Saturday, Jharkhand will see its new chief minister being sworn in. "We met the Governor and I told him I wish to take oath at 11 am," said the BJP's Arjun Munda who will head the latest version of a BJP-JMM combine in the state.

Their last coalition collapsed in May after the Jharkhand Mukti Morcha's Shibu Soren betrayed the BJP by voting for the UPA government's Nuclear Liability Bill in Parliament. The BJP pulled the plug and Soren's term as Chief Minister flatlined in a matter of days.

It's taken hectic negotiations to regroup the forces, say sources in both parties. Munda has the support of 18 MLAS each from the BJP and the JMM, which is often a house divided. Another nine MLAs come from supporting parties, allowing Munda two more MLAs than a simple majority.

Promoted
Listen to the latest songs, only on JioSaavn.com
But there's a different sort of calculation that's being worked out as well - who will get what. Sources tell NDTV that the new Jharkhand Government is likely to appoint 12 ministers. In addition to the Chief Minister's post for Munda, the BJP will get three portfolios. Soren's JMM will get three ministries and the Deputy Chief Minister's post. It won't be lonely for this man at the top because another deputy Chief Minister will be appointed from the AJSU, which has offered Munda the support of five MLAs. For one of India's smallest states, that's plenty of leadership.

The most sought-after ministry in Jharkhand, given its mineral resources, is the Mining Ministry. Sources say that like in the past, this will remain with the Chief Minister.