One Elephant Killed, Another Injured After Being Hit By Speeding Train In Assam

The locals claim that the area is an active elephant corridor and requested that trains passing through the area be slowed down to prevent such accidents. 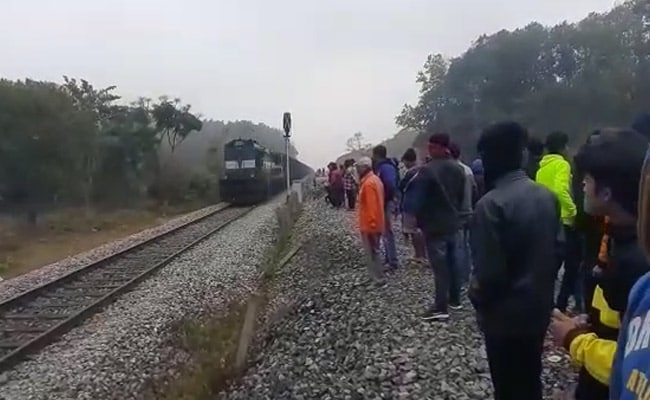 A wild elephant was killed and another was injured on Wednesday after a freight train going from Guwahati to Delhi hit them at Gosaihat in Palasbari in Assam's Kamrup district.

A herd of elephants had reportedly come down from Maliata hills in search of food and were crossing the railway track when they were hit by the speeding freight train. One elephant was killed on the spot while another was severely injured and went back into the wild.

According to sources, the incident took place Wednesday night on the Kamakhya-Jogighopa rail track when the herd was crossing the track as the speeding train, coming from Guwahati and headed towards Delhi, hit two of the elephants.

The dead elephant was reportedly dragged a long distance by the speeding train.

Forest and Railways officials reached the site of the incident last night itself to remove the carcass of the elephant from the tracks in order to restart the track for train movement.

They also requested authorities that trains passing through the area be slowed down to prevent such accidents in the future.