Once An Atheist, "Australian Baba" Attends His 10th Kumbh Mela

Sharabhang Giri was an atheist before he came to India and met guru Duttatreya at Gujarat's Girnar hill. 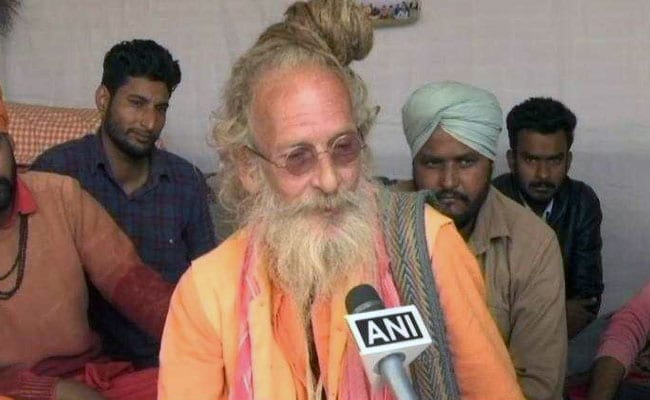 Sharabhang Giri claims he does not remember his name prior to becoming an ascetic.

When he attended the world's largest religious festival, Kumbh Mela, in 1998, he was a tourist from Australia. Now, he is a famous saint who lives in a kutir (hut) and is part of one of the biggest groups of saints in India.

Sharabhang Giri was an atheist before he came to India and met guru Duttatreya at Gujarat's Girnar hill. It was under this saint's patronage that the man from Australia changed his name to Sharabhang Giri and became an ascetic.

Called "Australian baba" by some, Sharabhang Giri, of Melbourne, is attending his 10th Kumbh Mela this year being held in Prayagraj, Uttar Pradesh.

At the Kumbh Mela, organisers expect up to 150 million people to bathe at the confluence of three holy rivers: the Ganges, the Yamuna and a mythical third river, the Saraswati.

A highlight at the festival is the appearance of the Naga sadhus, or ascetics, who worship Shiva and bathe on the first day. Sharabhang Giri belongs to the largest monastic order at the festival, Juna Akhada, which is known for its Naga sadhus.

During the eight-week Kumbh, generally held every three years in one of four cities in India, the saints live in makeshift monasteries called Akhara erected on the eastern banks of the Ganges.

Sharabhang Giri claims he does not remember his name prior to becoming an ascetic. He said it is his fourth time attending the Kumbh Mela in Uttar Pradesh's Prayagraj.

The Kumbh Mela has its roots in a Hindu tradition that says god Vishnu wrested a golden pot containing the nectar of immortality from demons. In a 12-day fight for possession, four drops fell to earth, in the cities of Prayagraj, Haridwar, Ujjain and Nasik, who share the Kumbhs as a result.