A 40-second video shared by news agency ANI on Twitter showed the assistant sub-inspector (ASI) bleeding from her head. 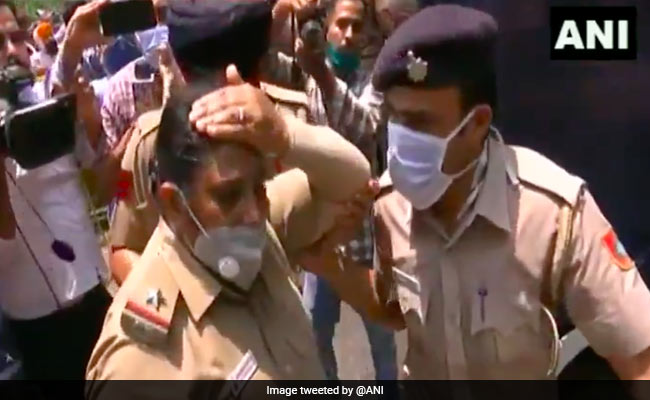 A woman cop also got injured during the protest in Chandigarh.

Water cannons were used against BJP youth workers protesting outside the house of Punjab Chief Minister Captain Amarinder Singh over the sale of drugs in the state.

A woman cop also got injured during the protest in Chandigarh.

A 40-second video shared by news agency ANI on Twitter showed the assistant sub-inspector (ASI) bleeding from her head.

The Punjab government has been facing criticism over severe power shortage amid an intense heatwave. The state has already ordered shorter working hours in government offices and has requested department to reduce the use of high-power-consuming appliances like air-conditioners.

The electricity demand in the state soared to over a massive 14,000 megawatt (MW) a day. The electricity shortage has become a major election issue with Arvind Kejriwal's Aam Aadmi Party even promising 300 units of free power to every household if the party wins the polls due early next year.

The AAP after coming to power in Delhi had implemented a free electricity scheme up to a few hundred units.

Quad Leaders Pledge To Work Together For Peace, Prosperity In Indo-Pacific Region