Tripura Violence: The Supreme Court issued notice to the Tripura government on the petition challenging the FIR registered under the Unlawful Activities (Prevention) Act. 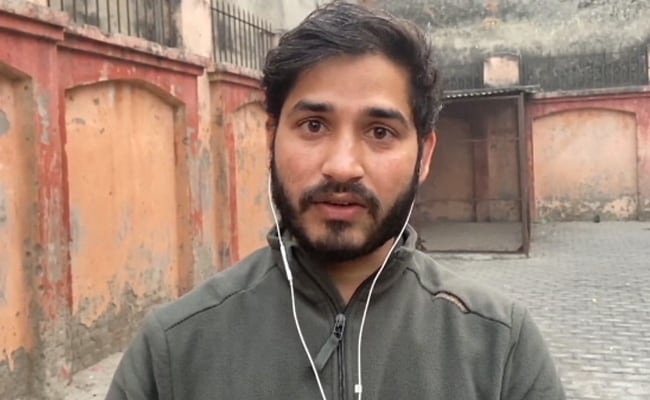 No coercive action must be taken until further orders against journalist Shyam Meera Singh and two lawyers who had sought a Tripura Police case against them under the controversial anti-terror law UAPA be cancelled, the Supreme Court said on Wednesday.

The top court issued notice to the Tripura government on the petition challenging the First Information Report or FIR registered under the Unlawful Activities (Prevention) Act for reports and posts during violence in the state last month including a tweet by Mr Singh that said, "Tripura is burning".

"The state cannot file FIRs like these against journalists. Today its me, tomorrow it will be someone else. Process is the punishment in such cases. I have not been able to sleep or eat properly. Our fight is against UAPA as a law. UAPA is being misused to trample upon facts," Mr Singh told NDTV.

In addition to Shyam Meera Singh, the plea was also filed by Supreme Court lawyers Ansar Indori (from the National Confederation of Human Rights Organisation) and Mukesh (from the Peoples' Union of Civil Liberties). Both lawyers visited Tripura as part of an independent fact-finding team.

"FIR was filed against me for the fact-finding report we made on Tripura violence. We have been traumatised because of this FIR. Supreme Court's decision is a relief for now but we want FIR to be quashed. Our fact-finding report was purely factual about incidents of violence against minorities, there was nothing objectionable. We hope to get justice from the Supreme Court," Mukesh said.

The plea also had sought a court-monitored probe, a declaration that some parts of the UAPA are unconstitutional, and argues that states being allowed to use UAPA to criminalise fact-finding will lead to a "chilling effect" on freedom of speech, and "only facts convenient to the government will come out".

The fact-finding team, the plea further said, "did not question the sovereignty or territorial integrity of India" and that Mr Singh's 'Tripura is burning' tweet was "factual reporting".

The FIR had accused Mr Singh and the others of spreading "fake news" and "distorted or objectionable" content about what the state government has dismissed as allegations of mosques being vandalised and local Muslim communities being attacked after communal violence in neighbouring Bangladesh.

The journalist and those named in the complaint, who include lawyers and activists, face charges ranging from criminal conspiracy and forgery to spreading "fake news", and have been booked under the UAPA.

The vaguely worded law - the constitutional validity of which has been challenged in the top court - allows authorities to detain people, without charge, for six months.

Earlier this month, Tripura Police also approached Twitter, Facebook, and YouTube for details of more than 100 social media accounts they claim were used to make "fake" and "provocative" posts. This was after they filed over a dozen criminal cases against more than 70 people, including Mr Singh.

Senior police officials were quoted by PTI as warning people "not to like or retweet provocative posts since it amounts to rumour-mongering". They pointed to claims a mosque in Gomati district had been set ablaze - "a complete misrepresentation of facts" - to underline their point.

According to news agency AFP, accounts red-flagged by the authorities include those belonging to journalists from India and Australia, and a law professor based in the United States. The majority of those under investigation, AFP reported, were Muslims.

The Australian journalist, identified by AFP as CJ Werleman, had pointed out that Prime Minister Narendra Modi had not condemned the unrest and that Muslim protesters had been detained.