"Not Something Served In Plate": Robert Vadra's Lawyer After His Big Hint

Lok Sabha Elections 2019: Posters in Robert Vadra's hometown of Moradabad inviting him to contest the election fueled speculation that he is interested in joining active politics. 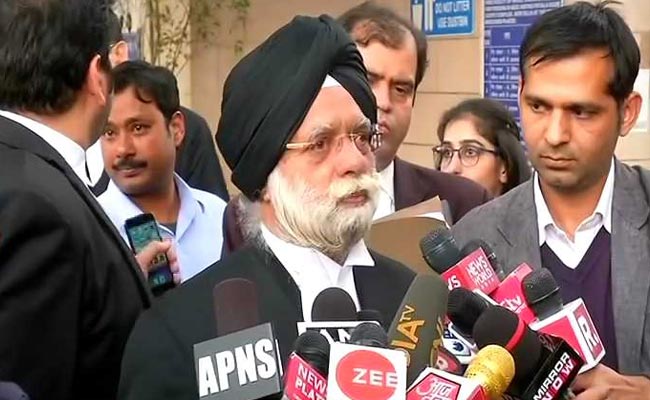 With Robert Vadra, the husband of Congress leader Priyanka Gandhi Vadra, indicating yesterday that he is open to "a larger role in serving the people", speculation has grown that he could follow his wife's footsteps and enter active politics.

Mr Vadra's lawyer, however, said that politics is ''not something that is served in a plate''."It took Priyanka Gandhi about 20 years to be able to fortify her desire," said Mr Tulsi.

A day after his Facebook post, posters inviting Mr Vadra to contest in the national election surfaced in his hometown of Moradabad in Uttar Pradesh. "Robert Vadraji, you are welcome to contest from the Moradabad Lok Sabha seat," say the posters credited to the "Moradabad Youth Congress".

"It is not something which is served to you in plate and it's all a matter of destiny. After all, all desires are not horses," said KTS Tulsi. 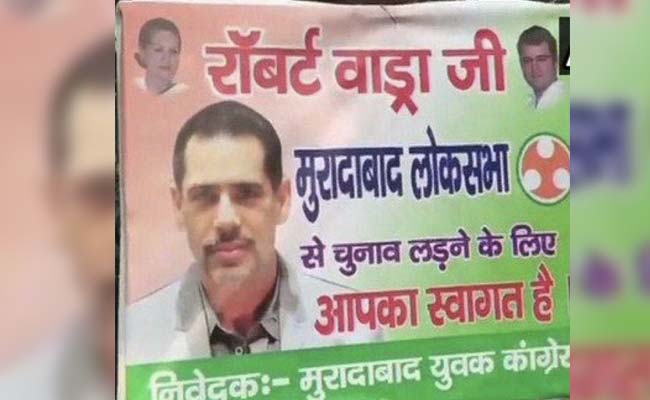 To NDTV, Robert Vadra said there were "no immediate plans" to contest. "...I am still dealing with ED (Enforcement Directorate),'' he remarked, adding, "I am in no hurry as I have to earn it.''

"I will start working on it," he had told reporters earlier today.

The Congress played down the posters in Moradabad and suggestion that Robert Vadra wanted to join politics. "It is up to the workers. Every person expresses himself. Everyone has the freedom to express themselves," Congress leader Sandeep Dikshit while talking to ANI.

Sources say the poster, reportedly forwarded by Robert Vadra to journalists, reflects his keenness to contest the election, just weeks after his wife Priyanka formally joined the party

On Sunday, Robert Vadra said in his Facebook post: "The years n months that I spent campaigning n working in different parts of the country, but mainly in UP, gave me a feeling to do more for the people n make smaller changes possible by me, in their areas n when they got to know me, the genuine love, affection n respect I earned was humbling ... All these years of experience n learning cannot be just wasted and should be put to better use... once all these accusations n allegations are over, I feel I should dedicate a larger role in serving the people...."

Robert Vadra, 50, is being investigated in cases of alleged corruption and money-laundering. He has been questioned by agencies multiple times recently.