Mocking the PM's security breach, Akhilesh Yadav said due to the cancellation of the public meeting at Ferozepur, the country was deprived of knowing why the three farm laws were brought and later withdrawn. 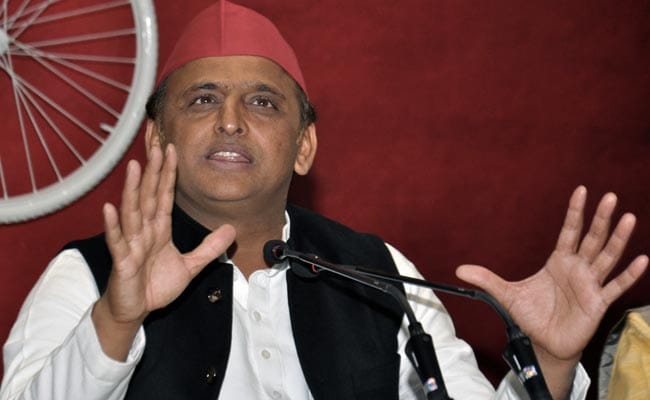 Samajwadi Party chief Akhilesh Yadav on Friday said protesting farmers should have allowed Prime Minister Narendra Modi to reach the rally venue in Punjab's Ferozepur to let him witness and address the "empty chairs" there.

Mocking the PM's security breach, Mr Yadav said due to the cancellation of the public meeting at Ferozepur, the country was deprived of knowing why the three farm laws were brought and later withdrawn.

The Samajwadi Party chief made the remarks while narrating his own experience of once addressing a thin crowd of only 25 people at Koderma in Jharkhand despite his party men preventing him for hours from addressing the rally due to the people's failure to gather in large number.

"People and farmers of Punjab should have allowed the PM to reach the dais. He (PM Modi) would have felt good to see empty chairs. He should have given a speech to empty chairs as in UP also he has empty chairs in his meetings," he said, mockingly.

Recalling his Koderma experience, he said his party men held him for hours before he could give his speech.

He said he was held because not enough people had arrived.

Reiterating his remarks, he said, “I am saying that farmers should have allowed the PM to reach the empty dais and chairs.”

“At least the BJP and the PM then should have told why the three central black laws were brought and withdrawn. The country was deprived of knowing it and this is what I regret,” he said.

The SP chief was reacting to Wednesday's incident in Punjab when the PM's convoy had got stuck on a flyover on the Ferozepur-Moga road near Piareana village for 15-20 minutes around 30 km away from the National Martyrs' Memorial in Hussainiwala in Ferozepur due to farmers blockade.

He had to subsequently cancel his meeting there and return to the national capital.