Shivpal Yadav's comments come days after it emerged that former chief minister and his nephew, Akhilesh Yadav, might be quizzed by the Central Bureau of Investigation (CBI) in the mining case. 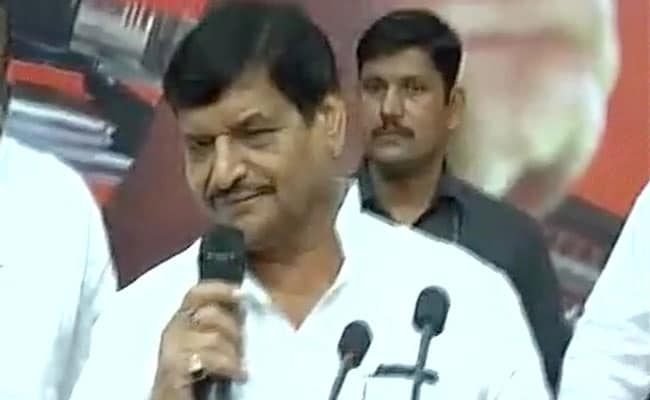 Shivpal Yadav at a presser said he "doesn't trust the BJP". (File)

Pragatisheel Samajwadi Party (Lohia) Chief Shivpal Yadav on Wednesday alleged that there was loot in mining during the previous BSP and SP regimes, describing the CBI action in the alleged mining scam in Uttar Pradesh as a "late step" by the BJP.

Shivpal Yadav's comments come days after it emerged that former chief minister and his nephew, Akhilesh Yadav, might be quizzed by the Central Bureau of Investigation (CBI) in the mining case.

During the Bahujan Samaj Party regime from 2007-12 and the Samajwadi rule between 2012-17, there was a "loot" in mining due to which people had to face price rise, Shivpal Yadav said at a press conference in Lucknow.

"The BJP is late in taking a CBI action against it," he said. "I was myself the mining minister between 2004-07, but there was no allegation against me."

When asked about the Centre's move for providing 10-per cent reservation to the economically-backward section in the general category, Shivpal Yadav called it a "lollipop".

"I was in its (reservation) support. It's good that the BJP initiated this. But there are a number of promises made by the BJP which were not yet fulfilled. I don't trust the BJP. I doubt whether all these can be fulfilled.

"This (reservation) is the BJP's lollipop. When the Supreme Court had once disallowed its implementation, how can this reservation be given?" he asked.

On his party's alliance with the Congress, Shivpal Yadav said, "My party is ready for alliance with any party if it gets a respectable number of seats. Our doors are open."

On meeting with Samajwadi Party chief Akhilesh Yadav again if he so offers, Shivpal Yadav parried a direct reply, saying, "Whatever disrespect I had to face... I have faced. But, for defeating the BJP, we are ready for alliance with secular parties."