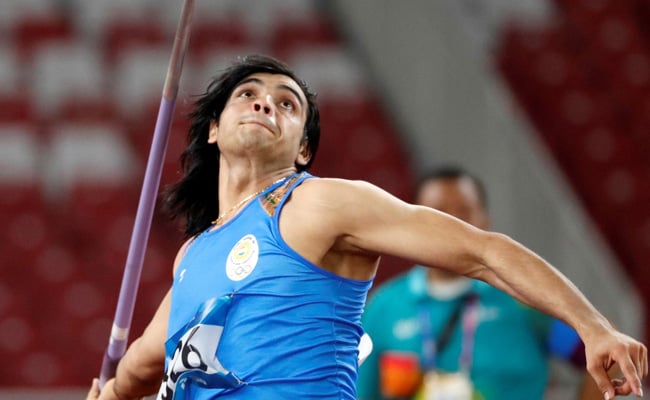 Olympics 2020: All eyes were on Neeraj Chopra as he created a new record for India.

India's wait for a gold medal at Tokyo Olympics ended today as Neeraj Chopra created history by becoming the country's first track and field athlete to clinch a gold with a throw of 87.58 m. With his medal added to this year's tally, India also saw a new record of winning the highest number of medals at Olympics, surpassing the 2012 record.

Prime Minister Narendra Modi led the nation in congratulating both of them. "History has been scripted at Tokyo! What @Neeraj_chopra1 has achieved today will be remembered forever. The young Neeraj has done exceptionally well. He played with remarkable passion and showed unparalleled grit. Congratulations to him for winning the Gold. (sic)," he tweeted.

History has been scripted at Tokyo! What @Neeraj_chopra1 has achieved today will be remembered forever. The young Neeraj has done exceptionally well. He played with remarkable passion and showed unparalleled grit. Congratulations to him for winning the Gold. #Tokyo2020https://t.co/2NcGgJvfMS

.@Neeraj_chopra1 creates history by becoming the 1st Indian Track & Field athlete to clinch ???? at the #Olympics with a throw of 87.58m

His dedication & hard work has paid off and has given ???????? it's 2nd individual Olympic #Gold medal

The Golden victory of Subedar Neeraj Chopra at the Olympic brings laurels for the Indian Army. He performed like a true soldier at the Olympics. It is indeed a historic and proud moment for the entire country including the Indian Armed Forces! Many congratulations to him! pic.twitter.com/nMfwXT9Tfy

"Delightful news from #Tokyo2020! Spectacularly fought @BajrangPunia. Congratulations to you for your accomplishment, which makes every Indian proud and happy," he wrote in another tweet.

Delightful news from #Tokyo2020! Spectacularly fought @BajrangPunia. Congratulations to you for your accomplishment, which makes every Indian proud and happy.

This week, the men's and women's hockey teams jumped one spot each to achieve their highest-ever world rankings at number 3 and 8 respectively after their enthralling performance. The women's team lost 3-4 to Great Britain in a hard-fought bronze play-off match on Friday. The men's team defeated Germany 5-4 in the bronze medal match to end a 41-year wait for an Olympic medal in hockey.

With 56 sportspersons, India has the highest-ever female representation this year in the largest-ever Olympics contingent of over 120 athletes.

Ace shuttler PV Sindhu won a bronze on Sunday. The country recorded its first medal this year with Mirabai Chanu ending India's 21-year wait for a weightlifting medal at Olympics in the 49-kg category.

Lovlina Borgohain took home a bronze after losing her semi-final bout in women's welterweight (64-69kg) boxing to Busenaz Surmeneli of Turkey. She is the third Indian boxer after Vijender Singh and MC Mary Kom to win a medal at the Olympic Games.

The Prime Minister earlier this week praised all the athletes representing the country at Olympics while mentioning that they're giving a tough fight despite the "biggest disaster in 100 years" while talking about the pandemic.

"This year, India has seen the highest number of players qualifying for Olympics. Remember, they've achieved this feat while dealing with the biggest disaster in 100 years. There are many games for which we have qualified for the first time, and not just qualify... they've given a tough fight," PM Modi said. He will be inviting the Olympics contingent to Red Fort as special guests on Independence Day this year.