Olive Ridley Turtles: The Nesting Site In Mumbai Beach And Chatter Around it

Mumbai: A rare sight on Versova beach excited Mumbaikars on Friday. 87 hatchlings of the Olive Ridley turtle were spotted. Conservationists say this is the first such nesting in almost two decades and all credit goes to lawyer turned green crusader, Afroz Shah, who is the man behind the beach clean-up mission.

46-year-old Ramrit, who grows methi on a plot near the beach, which is higher than the high tide line, said after seeing the turtles he alerted nearby slum dwellers. Some of them actually took some of the hatchlings home but brought them back to the beach when forest department officials threatened punitive action, as the turtles are endangered.

Mr Shah said this was totally unexpected even though some villagers had spotted a turtle a month and a half ago. "It's exhilarating. It's one of the best days in my life. The fact that Olive Ridley turtles are choosing Versova beach means they find it safe and secure," Mr Shah told NDTV, after having spent more than 24 hours on the beach to ensure that the turtles are safely back to the sea.

Tonnes of plastic were removed as part of the clean-up effort. So far, the volunteers have removed over 4,000 tons of trash from the 2.5 kilometre beach. This made the sand safe and friendly as a habitat for the Olive Ridley turtles. The beach is now ready to support marine life again. 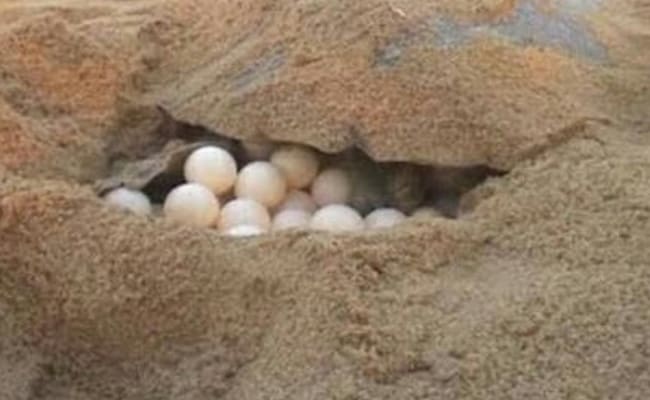 Environmentalists say there are records of turtles nesting in Mumbai beaches around two decades ago but with massive marine pollution and plastic being dumped on the beaches, the turtles left.
Some activists challenged the idea of the spot on the beach being the nesting site, they claim dogs would have definitely snuffed the eggs out.

Stalin Dayanand, who is associated with the Save Aarey Movement, another citizen's effort to protect part Aarey Colony, from being used to construct a car shed for the under construction Metro project in the city, told NDTV, "The pit that that is seen at the spot is 4 feet deep and to imagine that the nesting would have happened 4 feet below the surface is not possible scientifically. Generally it's one and a half to two feet. I don't think this is the nesting site."

Promoted
Listen to the latest songs, only on JioSaavn.com
Shaunak Modi, a marine conservationist, familiar with the area says, "On Thursday, I did have my doubts because we did not see the egg casings but when I went there today, after the forest department officials visited, we found the egg shells and some unhatched eggs. It seems to be a nesting site though one cannot say if this is going to be regular or a one off case. "

Afroz Shah says "Sometimes pictures can convey wrong messages. The pit was the side from where these turtles emerged. It was next to the nest of the turtle. That pit dug for growing methi tbut the turtles came out from the side of the pit. Some people mistook the pit for a turtle nest."
Comments
Olive Ridley Nesting SiteVersova beach Mumbai