New Delhi: The INS Chakra, the Indian Navy's nuclear attack submarine, is on the prowl 200 km off Goa's coast in the Indian Ocean, scouring the seas for the sound of "enemy submarines." One of the fastest and deepest diving submarines in the world, the Chakra, acquired on lease from Russia, has been specifically deployed to train for a new threat - Chinese nuclear submarines operating with increasing frequency in the Indian Ocean.

On this occasion, the Chakra's "targets" are the Indian Navy's own submarines simulating the movements of Chinese and Pakistani submarines. 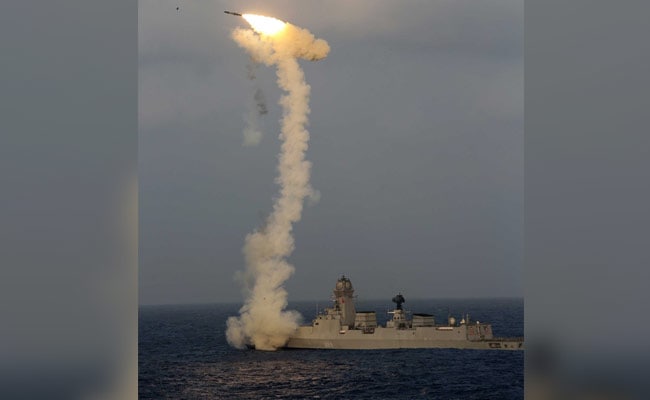 The Chakra is one of more than 60 Indian Navy and Coast Guard vessels participating in TROPEX 2017, the largest-ever Naval theatre-level exercises being conducted off the Western coast. The exercises are based around the premise that in the event of a conflict, the Indian Navy has to be ready for complex threats that could emerge simultaneously.

Unlike in the past, these exercises look beyond the threat posed by the Pakistan Air Force and Navy, with the China factor a key focus area, sources said. Over the last three years, China has deployed nuclear and conventional submarines, warships and fleet-replenishment ships in the Indian Ocean. 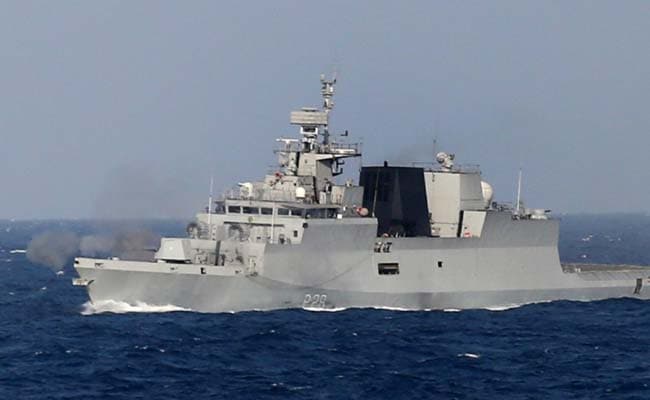 During TROPEX 2017, the Navy simulated a natural disaster on Agatti and Androth islands in the Lakshadweep chain and moved 100 civilians from the islands to the mainland.  Elsewhere, at the same time, MiG-29K fighters blasted off the deck of the aircraft carrier INS Vikramaditya to engage Indian Air Force Sukhoi-30 jets launched from the Lohegaon airbase in Pune. The Sukhois represented "enemy" aircraft which the MiGs had to "intercept" before they could get into a position to "launch" anti-ship missiles targeting the Indian fleet. 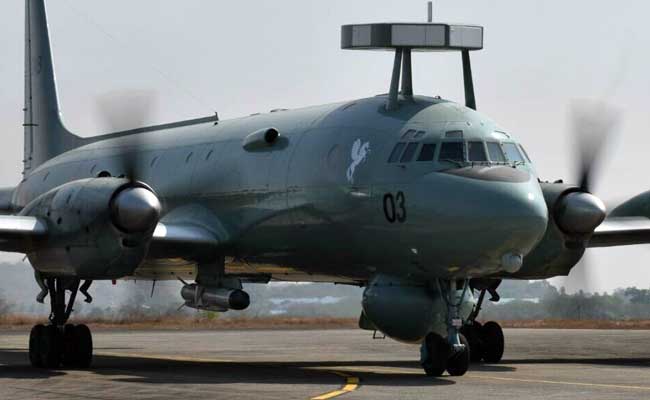 An Indian Navy IL-38 SD aircraft with a Kh-35 anti-ship missile which hit its target today.

As part of the exercise, for the first time ever the Indian Navy fired a Russian Kh-35 anti-ship missile from an IL-38 SD maritime reconnaissance aircraft. The missile struck a target ship in the Arabian sea, sinking it.

Indian warships participating in the exercises also launched several missiles against simulated threats including made-in-India BrahMos anti-ship cruise missiles, the defining weapon system of several of the Navy's newest frigates and destroyers, which can sink an enemy ship nearly 300 km away. 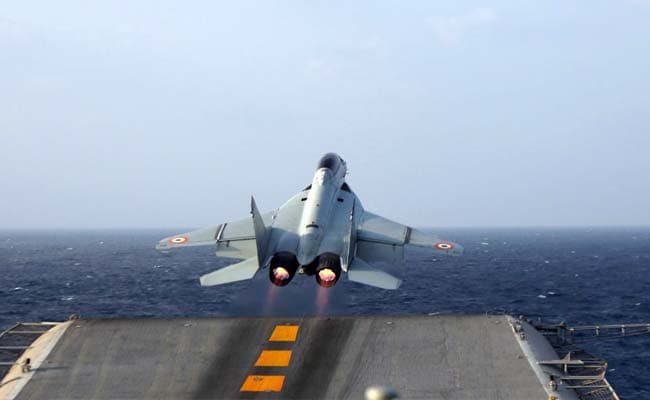 For the Indian Air Force, the opportunity to train in these exercises has been invaluable. Maritime attack Jaguar fighters, which now feature US made Harpoon anti-ship missiles, have mounted dozens of sorties. For the Jaguars, being in a position to simulate the launch of their weapons meant that they too had to evade the Navy's carrier borne MiG interceptors. Also participating are the Air Force's Il-78 air refuelling tankers, critical to sustain fighter operations as they operate non-stop over long ranges over the sea.

Promoted
Listen to the latest songs, only on JioSaavn.com
Last year, a Chinese "Shang" class nuclear attack submarine had docked at Karachi and embarked Pakistani sailors, a move the Indian Navy believes may be the first step to Islamabad leasing its own Chinese nuclear-powered attack submarine. Islamabad has already signed a contract to acquire eight Chinese conventional submarines in a deal worth $5 billion.