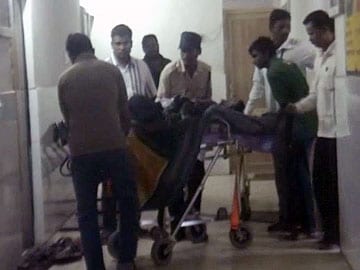 Odisha school teacher, Itishree Pradhan, died of burn injuries after she was set on fire

Bhubaneswar: Both the opposition Congress and the Bharatiya Janata Party (BJP) demanded a CBI inquiry today into the death of a woman teacher who was set on fire for allegedly refusing to withdraw a sexual assault complaint.

Former minister and senior Congress leader Niranjan Patnaik said a Central Bureau of Investigation (CBI) probe will expose the shortcomings of the government.

He visited the victim's village in Puri district and met her family. He said he was appalled how the young girl was killed, even though her sexual harassment grievance was known to the government.

"The victim had met the district collector, the superintendent of police, the women commission chairman and the director general of police. She had also given a written petition to the chief minister, who is also the home minister," Patnaik told IANS.

"Who else is she supposed to report the harassment she was facing? An administrative enquiry found the victim's allegations were true and a complaint was registered with the police, but no action was taken," he added.

Senior BJP leader Biswa Bhusan Harichandan said the state Human Rights Commission had directed the superintendent of police to provide adequate security to the victim on August 8. When no step was taken the teacher lodged a second complaint with the police on August 16.

"The government ordered a probe by state's crime branch police, but we are afraid the real culprit will never be punished. The crime branch cannot question the chief minister, police and district collector, whom the teacher had requested for protection. The case should be handed over to the CBI," Mr Harichandan told IANS.

Itishree Pradhan died on November 1 in a private hospital in Visakhapatnam, four days after she was set on fire in a residential government school at Tikiri in Rayagada district, about 420 kilometres from state capital Bhubaneswar.

She had refused to withdraw a sexual assault complaint against local school inspector Netrananda Dandsena.

She was watching a television show along with some children when the assailant entered the school room, poured kerosene on her and set her on fire. Pradhan had sustained more than 90 per cent burn injuries.

Dandsena was arrested on October 30. The government also suspended a district inspector of school, investigating police officer and the person in-charge of the relevant police station.

The crime branch police has taken Dandsena on a four-day remand for interrogation.