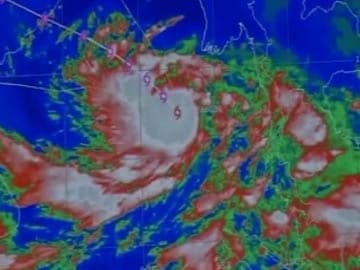 Cyclone Hudhud is expected to make landfall on October 12

A year after the super cyclone Phailin hit shore, Odisha is bracing for another cyclonic storm, given the name Hudhud, and chief minister Naveen Patnaik says contingency plans are in place.

"I have just reviewed the cyclonic situation. All preparations have been made like those for cyclone Phailin and all the concerned departments have made contingency plans," said Mr Patnaik, who was universally lauded for his state's handling of Phailin.

The Met department has said that a deep depression formed over the north Andaman Sea and heading towards northern Andhra Pradesh and Odisha coast is set to take the shape of a cyclonic storm this evening.

It will intensify over the next few days and is expected to make landfall on Sunday, October 12. The likely time and place of landfall is as yet unclear. Phailin had made landfall exactly a year before, on October 12, 2013.

Hudhud is not expected to be as severe as Phailin. The Met department said the maximum wind speed that the storm is expected to generate is 145 km per hour on Sunday. Phailin had touched a maximum speed of 210-220 kmph as it hit shore.

Heavy rain is predicted in parts of Odisha in the next few days.

"It will intensify into a cyclonic storm during the next 12 hours and will cross Andaman and
Nicobar Islands close to Long Island within a few hours. Thereafter, the system would continue to move west-northwestwards towards north Andhra Pradesh-Odisha coast
during (the next) 96 hours," a Met bulletin said, adding that at 5.30 am this morning, the "system" was about 1170 kilometres from Gopalpur in Odisha.

Mr Patnaik's government had last year won praise from the United Nations for its "effective" management of Phailin, which had hit Odisha's coast on October 12. The UN had said its handling of the cyclone would be a "landmark success story in disaster management."

Promoted
Listen to the latest songs, only on JioSaavn.com
9,885 people had died in the super cyclone that hit Odisha's coast in 1999. 21 people lost their lives in cyclone-related incidents last year. The state government said it evacuated almost a lakh people before Phailin made landfall.