Bodies have been floating in the river or washing up on the banks in towns in Uttar Pradesh and Bihar with disturbing regularity in the country's Covid crisis. 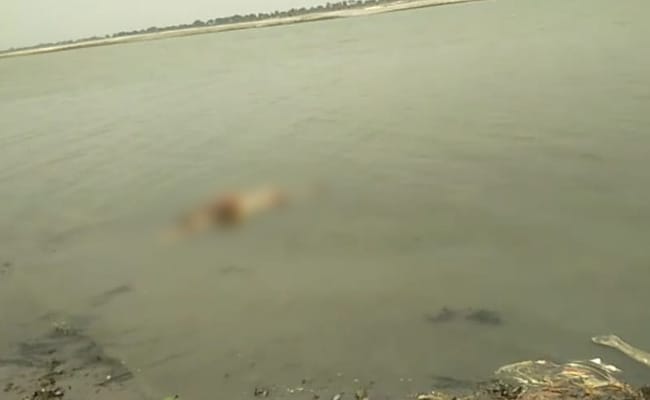 Bodies were found floating in the river Ganga in Varanasi.

More bodies were found floating in the river Ganga in Uttar Pradesh today, this time in Varanasi. Some of the bodies were half-burnt when they washed up on the banks, possibly pulled off pyres and thrown into the river, officials say.

Bodies have been floating in the river or washing up on the banks in towns in Uttar Pradesh and Bihar with disturbing regularity in the country's Covid crisis.

Around six-seven corpses were spotted in Ramnagar in Varanasi in the morning and three of them were half-burnt.

When the police were alerted, excavators were sent to the spot. The bodies were pulled out of the river and buried. The police also increased patrolling along the banks to check the dumping of corpses in the river.

On the partially burnt state of the bodies, officials said it was believed there wasn't enough wood for funeral pyres and to dispose off the bodies, families threw them into the river.

A petition in the Supreme Court today requested a Special Investigation Team to inquire into the floating bodies in the Ganga in UP and Bihar.

The petitioner, Pradeep Kumar Yadav, says around 100 bodies were found in the river - 71 at Buxar in Bihar and 30 in UP - and the cause of death should be investigated.

Yesterday, multiple bodies were found buried in the sand at two locations by the Ganga in UP's Unnao district, 40 km from state capital Lucknow.

Earlier this week, dead bodies washed up at UP's Ghazipur and Buxar in Bihar.

Some believe the corpses could be linked to deaths that have not made it to official Covid figures of the states.