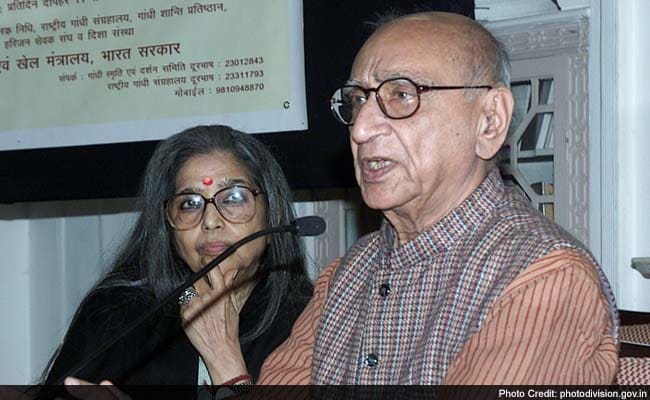 His last rites will be performed outside the Sampoorna Kranti Vidyalaya near Vedchhi in Gujarat's Tapi district at 2 pm today, he said, adding that the school was set up by his father who was inspired by Jayprakash Narayan's movement of 'total revolution'.

After slipping into coma on December 10 last year, Mr Desai had shown signs of revival, but was having trouble in routine activities. He was on liquid diet since then.

Narayan Desai was born on December 24, 1924, at Valsad in Gujarat and brought up at Sabarmati Ashram in Ahmedabad.

He imbibed Gandhian ideals of non-violence and truth from his father Mahadev Desai, who was the personal secretary and diarist of Mahatma Gandhi.

Promoted
Listen to the latest songs, only on JioSaavn.com
He was popular for reciting 'Gandhi-Katha'(narratives on the life of Mahatma Gandhi) across the world which he began in 2004.

Mr Desai served as Gujarat Vidyapith Chancellor since July 23, 2007, but resigned from the post in November last year.