Not Made Minister, Rebel Sena MLA Laments Disregard For Seniority

Speaking at a public function connected to road works, Sanjay Shirsat, who had joined the Shinde camp, sounded disgruntled at not being made a minister. 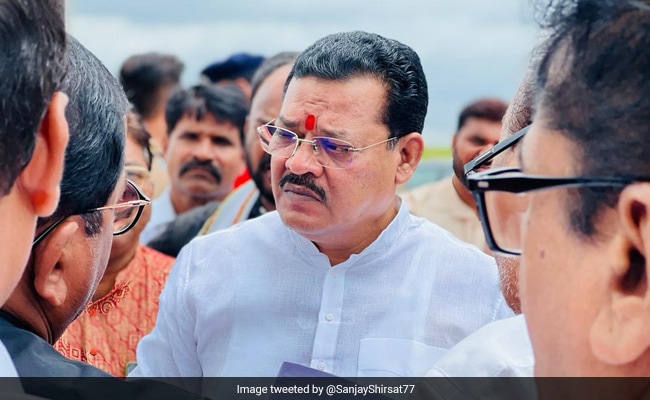 Rebel Shiv Sena MLA Sanjay Shirsat rued the alleged lack of respect for seniority in politics after a BJP MLA with whose father he claimed he had worked earlier was made cabinet minister in the Eknath Shinde government in Maharashtra.

Speaking at a public function connected to road works on Sunday, Shirsat, who had joined the Shinde camp in the early days of the Sena rebellion in June, sounded disgruntled at not being made a minister. Incidentally, state Cooperative Minister Atul Save, of the BJP, was the chief guest.

"I have worked with Atul Save's father (Moreshwar Save, former two-time Shiv Sena Lok Sabha MP from Aurangabad). When I was working with his father, I never thought he (Atul Save) would come into politics," Shirsat said.

"He (Atul Save) became minister in the earlier government and has now become cabinet minister. It seems there is nothing left called seniority," the Aurangabad West MLA said.

Atul Save was inducted into the Shinde government on August 9, when the cabinet was expanded for the first time since the new dispensation came to power on June 30.