The TMC has said Mr Haldar quit because the non-performing MLA was not going to be given a party ticket for the upcoming election. 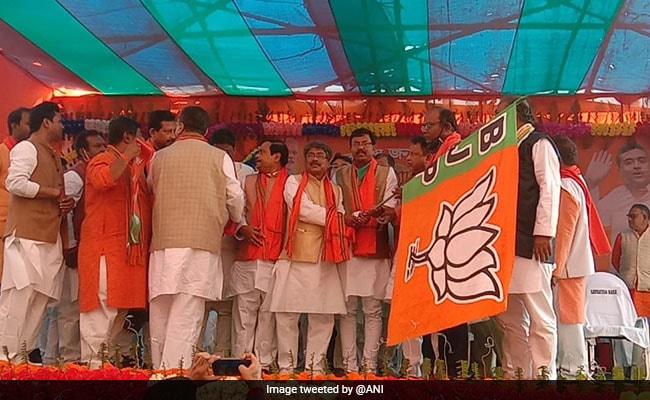 Dipak Haldar was in 2015 suspended from the TMC and reinstated later.

Mamata Banerjee's Trinamool Congress has lost another MLA. This time, it is two-time legislator from Diamond Harbour, Dipak Haldar, who has walked out. His claimed he had taken the decision because he was "not being allowed to work". Shortly afterwards, he joined the BJP, a party that has in recent months welcomed a swarm of leaders from rival outfits in West Bengal, especially from the ruling TMC.

Mr Haldar join the BJP in the afternoon at a rally in Baruipur in South 24 Parganas district.

A number of leaders have left the TMC in the past few months for various reasons, with most of them joining the BJP soon after. Till now, at least 18 sitting and former MLAs, including some former cabinet ministers, have shifted loyalties to the latter.

This is besides leaders from other parties such as the CPM and the Congress, who have, in recent times, joined the BJP which is trying to replace Chief Minister Banerjee's regime. Elections to the 294-member West Bengal assembly are expected to be held in April-May this year.