The water-level in the Yamuna in Delhi has risen to dangerous levels forcing the evacuation of more than 10,000 people from the low-lying areas in the capital. 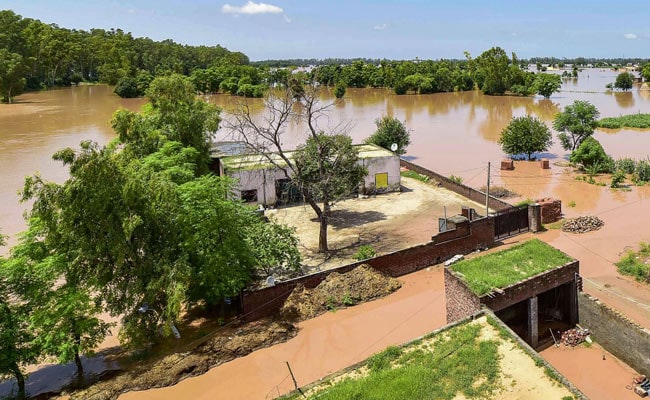 A village in Ludhiana after heavy rain. Punjab government declared the current floods a natural calamity

At least 58 people have died due to heavy rain in the northern states and several thousands have been evacuated. Landslides were reported in Himachal Pradesh, Uttarakhand and Punjab, leaving many tourists and residents stranded in the area. The water-level in the Yamuna in Delhi has risen to dangerous levels forcing the evacuation of more than 10,000 people from the low-lying areas in the capital. Dozens of homes in Uttarakhand's Uttarkashi district were washed away after a cloudburst.

Schools have been shut after the India Meteorological Department predicted heavy rain in parts of Uttarakhand. The government in Punjab has declared the flood situation as a natural calamity and Chief Minister Amarinder Singh has allocated Rs 100 crore relief to the affected districts in the state.

Here are the updates on floods in Delhi, Uttarakhand, Himachal Pradesh and Punjab:

Northern Railways CPRO: Have restricted train speed to 20 kmph on Yamuna bridge(Delhi) as water level has crossed the danger mark. If water level crosses the 206.4 mark then will stop train movement on this bridge.

Aug 20, 2019 18:04 (IST)
Malayalam Film Crew Rescued From Himachal Floods
Malayalam actress Manju Warrier and her crew who were stuck in Chhatru region in Lahaul-Spiti, have been rescued and are being brought to Manali, news agency ANI reported.
Aug 20, 2019 16:05 (IST)

Manju Warrier, Malayalam Star, Crew Stuck In Himachal Pradesh Flood, Rescued After SOS
Malayalam superstar Manju Warrier and her film crew were among those stranded in Himachal Pradesh as flash floods and landslides blocked roads in many parts of the state. Three days of heavy rain led to snapping of several key road links. They have been rescued and are being moved to safety, the Himachal Pradesh Chief Minister said
Aug 20, 2019 16:02 (IST)
Uttarakhand Chief Minister Trivendra Singh Rawat visited the rain-ravaged Mori block of Uttarkashi to take stock of relief and rescue operations
The number of dead in rain-related incidents in the district rose to 13 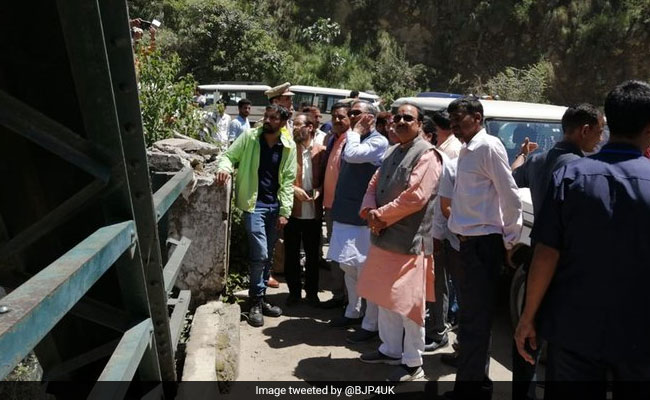 Aug 20, 2019 14:45 (IST)
As the Yamuna river continues to swell, localities along the banks have been flooded following the release of water from the Hathinikund Barrage. 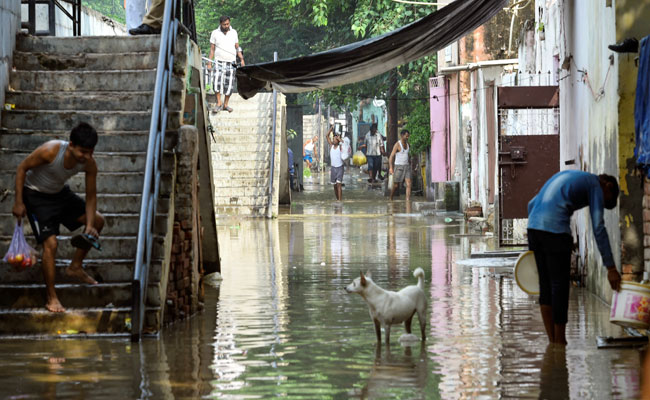 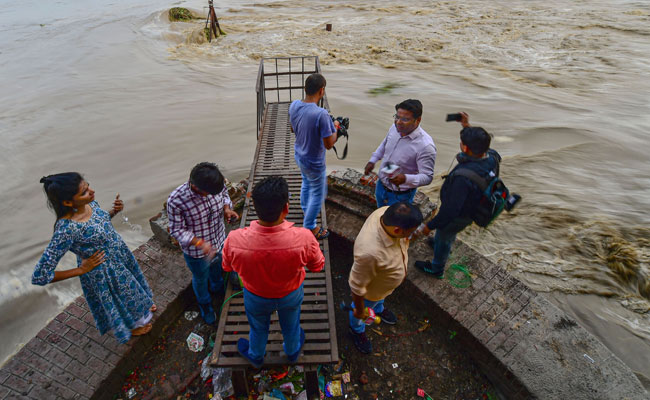 Aug 20, 2019 13:31 (IST)
No fresh spell of rainfall was reported on Tuesday morning in Punjab and Haryana, though a flood-like situation prevailed in many parts of both the states after heavy rains over the past few days, news agency PTI reported
Aug 20, 2019 10:57 (IST) 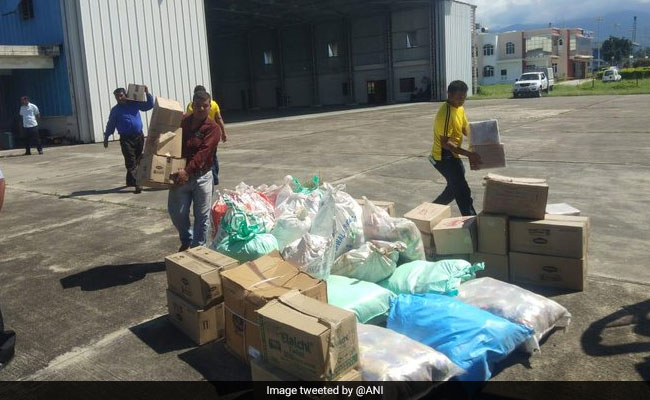 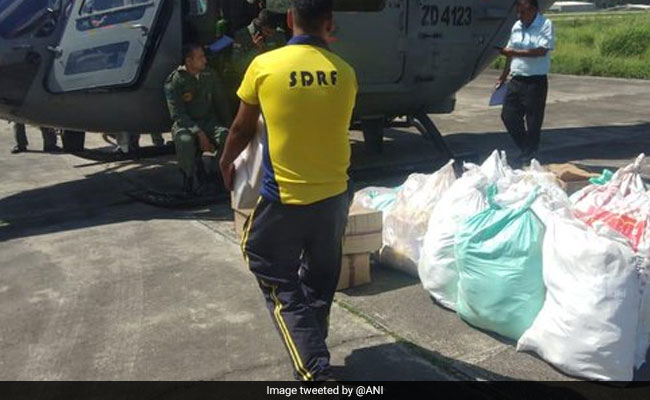 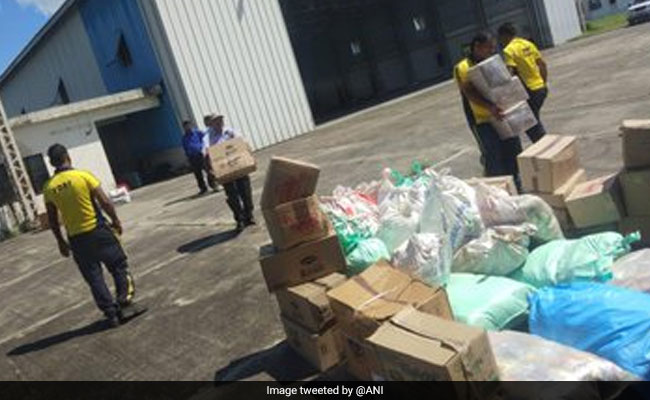 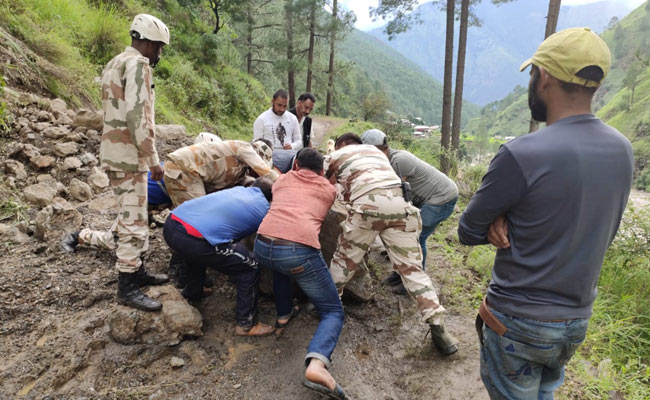 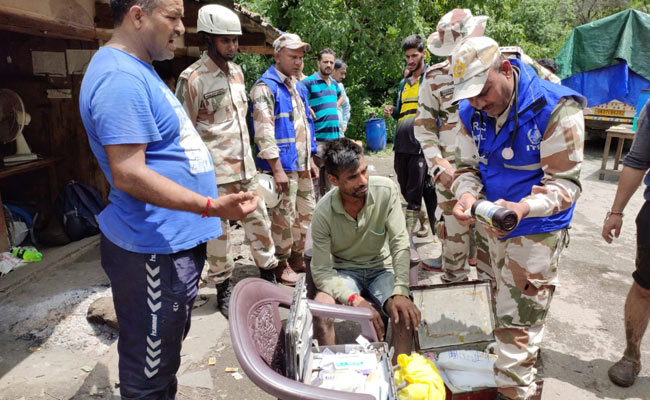 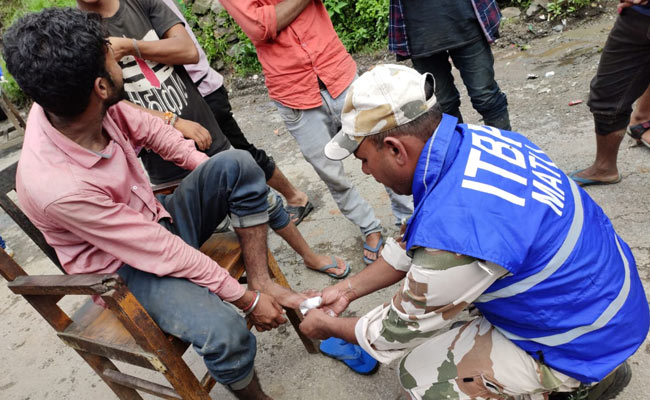 Aug 20, 2019 10:24 (IST)
People living in low-lying areas along the banks of Yamuna river in New Delhi move as water level of the river rises after the release of water from Hathnikund Barrage 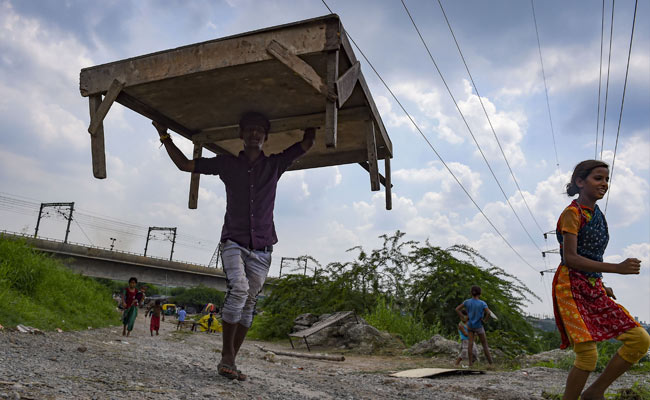 Aug 20, 2019 10:22 (IST)
Officials check the water level of Yamuna river as it rises after the release of water from Hathnikund Barrage, in New Delhi 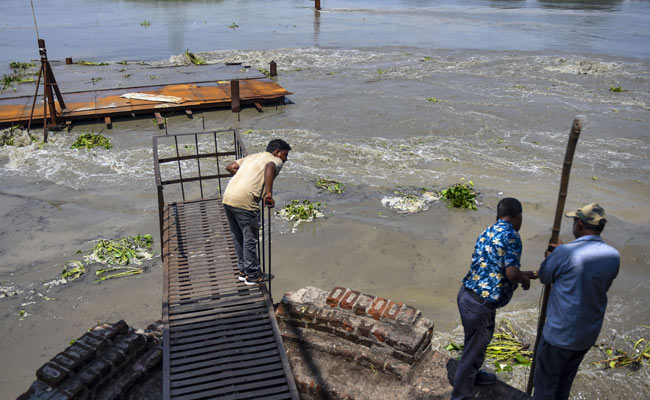 Aug 20, 2019 10:18 (IST)
Earth mover were used to clear debris from a damaged road due to flood caused by the overflowing River Beas, in Himachal Pradesh's Kullu district 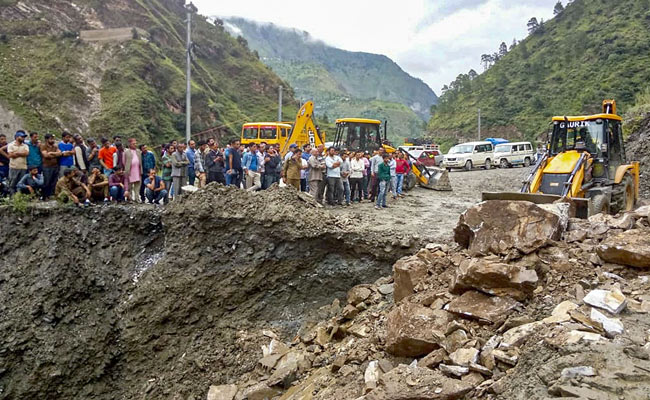 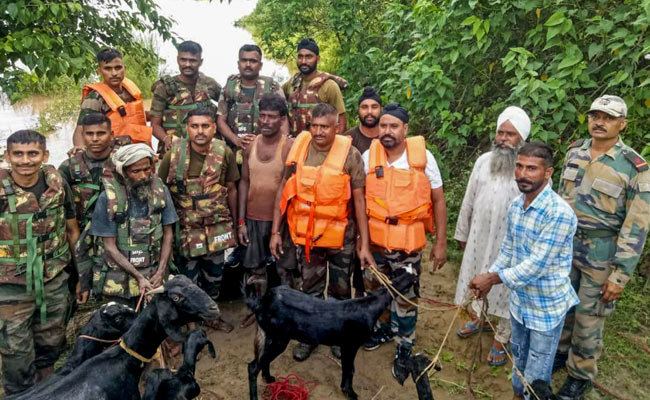 Aug 20, 2019 10:16 (IST)
A vehicle buried under debris due to flood caused by overflowing Beas river, in Himachal Pradesh's Mandi district 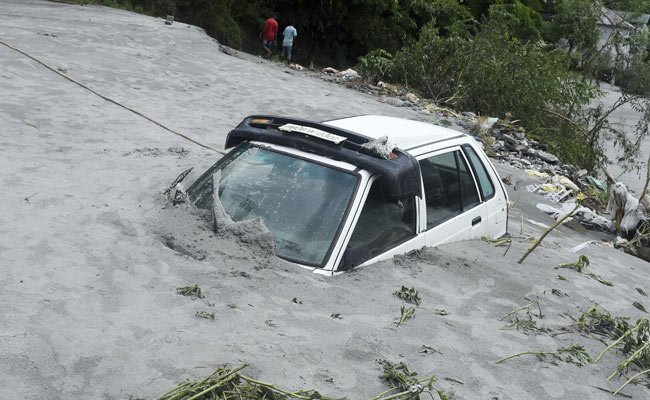 Aug 20, 2019 10:15 (IST)
Delhi: As a precautionary measure, vehicular movement on 'Loha Pul', an old iron bridge over the river connecting East Delhi to Old Delhi, was closed in view of the increasing water level 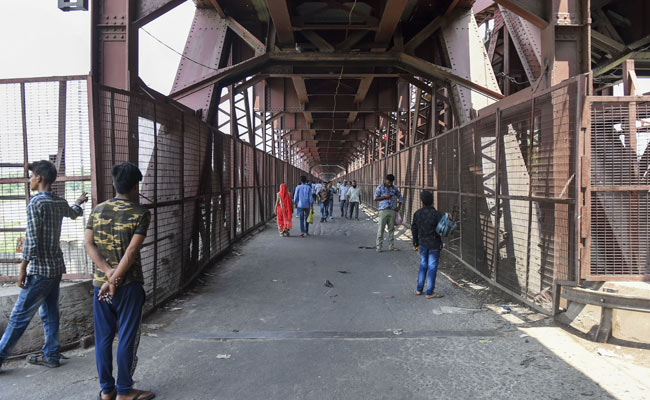 Himachal Pradesh: National Highway 3 (Manali-Leh) blocked after a landslide occurred in Marhi near Rohtang, Kullu district. An oil tanker got stuck under a boulder following the landslide. pic.twitter.com/RQ6pSDk1ef

Aug 20, 2019 09:37 (IST)
READ | Over 55 Dead In Rain In North India; Yamuna Above Danger Mark In Delhi
Heavy rain in northern parts of the country has claimed at least 58 lives in the last two days. Several landslides in Punjab, Himachal Pradesh and Uttarakhand left tourists and residents stranded in some villages. Officials said many of them have been rescued, though hundreds of tourists are still stranded in Himachal Pradesh. Although rain subsided across the region on Monday, rivers in several parts of the region are overflowing, officials said. Thirty-two people have died and eight are missing in Uttarakhand, while 26 have died in Himachal Pradesh. 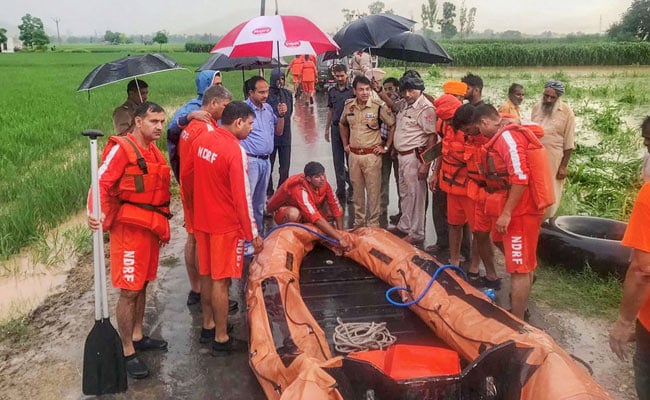 Aug 20, 2019 09:35 (IST)
The Kailash Mansarovar yatra through via the Lipulekh route was stopped due to landslides. Pithoragarh district magistrate VK Jogdande said the 17th batch of 56 pilgrims was called back to Dharchula base camp. Most rivers in Uttarakhand are overflowing, with the Ganga crossing the danger mark in Haridwar and flowing close to it in Rishikesh.
Aug 20, 2019 09:33 (IST)
Indian Air Force helicopters carried dramatic rescue operations in Jammu and Karnal districts on Monday. Cloudbursts have wreaked havoc at dozens of villages in Uttarakhand's Uttarkashi district, washing away homes and damaging farm land.
Aug 20, 2019 09:32 (IST)
In Delhi, the water level in the Yamuna has risen to 205.94 metres, above the danger mark of 205.3 metres. Over 10,000 people were evacuated from low-lying areas in the national capital. A Delhi government official said the water level is expected to rise further as Haryana has released a large amount of water from a barrage on Monday. 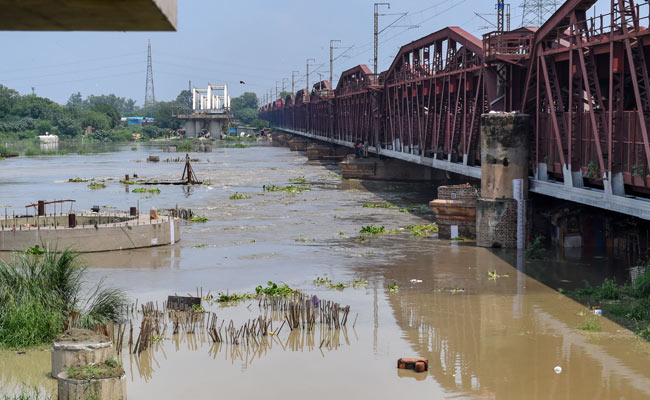 Aug 20, 2019 09:27 (IST)
Heavy rain in northern parts of the country has claimed at least 58 lives in the last two days. Several landslides in Punjab, Himachal Pradesh and Uttarakhand left tourists and residents stranded in some villages. Officials said many of them have been rescued, though hundreds of tourists are still stranded in Himachal Pradesh.
Floods in North IndiaPunjabDelhi

Mamata Banerjee Thanks Shah Rukh Khan For His "Humane Benefaction"