"Nobody Killed Them...": Rahul Gandhi After Sohrabuddin Sheikh Verdict

On November 30, 2014, Judge Loya -- who was hearing the Sohrabuddin Sheikh case -- suffered a heart attack during a trip to Nagpur and was declared dead the next day 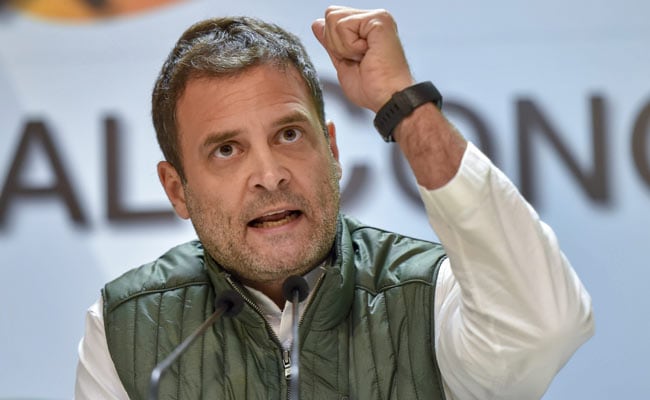 Rahul Gandhi has tweeted a list of seven people and said no one killed them.

A day after all 22 accused in the encounter of gangster Sohrabuddin Sheikh were acquitted by a court in Mumbai, Congress chief Rahul Gandhi has tweeted a list of seven people and said "No one killed them, they just died".

Along with Sohrabuddin Sheikh, Rahul Gandhi's list names Haren Pandya, former Home Minister of Gujarat who was murdered in 2003 and Judge BH Loya, who died of a heart attack while hearing the Sohrabuddin Sheikh case in the special CBI court, among others.

The Sohrabuddin Sheikh case has drawn a lot of attention as BJP national president Amit Shah, who was the Home Minister of Gujarat at the time of the gangster's encounter, was one of the accused before he was discharged from the case in 2014.

The CBI, which was investigating the case, said that Sohrabuddin Sheikh, his wife Kauser Bi and friend Tulsiram Prajapati were murdered by Gujarat police officers as part of a conspiracy for political and financial gains. They were pulled off a bus from Hyderabad to Sangli by the Gujarat police on November 22, 2005 and killed, the probe agency had claimed.

Sohrabuddin Sheikh was shot near Ahmedabad by the police, who claimed he was working for terror group Lashkar-e-Taiba and was planning to assassinate Prime Minister Narendra Modi, the then chief minister of Gujarat.

The CBI said Kausar Bi was taken to another location, raped and murdered on November 29 and a year later on December 27, 2006, Tulsiram Prajapati, a witness to Sohrabuddin's killing, was also shot dead by Gujarat and Rajasthan police on the border between the two states.

All 22 accused in the murders, mostly policemen, were freed on Friday as the court found the evidence to be "unsatisfactory" and inadequate to prove conspiracy and cold-blooded murder.