"Nobody Heard Us": Wife Of Lion Air's Indian Pilot On Boeing Troubles

Garima Sethi had pleaded with Lion Air and Indonesian authorities to ground the model. 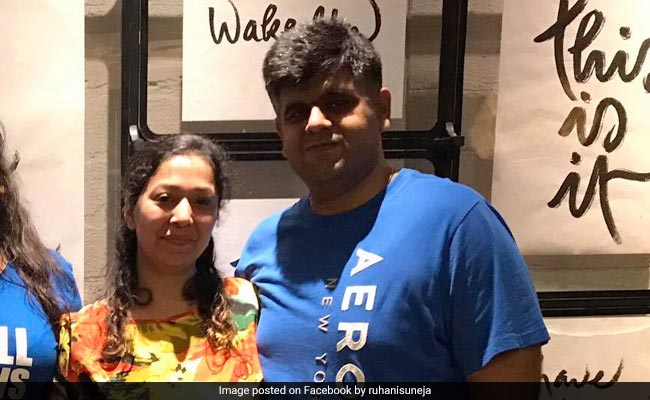 Garima Sethi said Lion Air officials at the time said they needed more information to take such a step.

Three months after the Lion Air plane her husband was piloting plunged into the sea, Garima Sethi sat with senior officials at the Indonesian carrier in January and urged them - again - to ground the Boeing 737 Max 8.

It wasn't the first time Sethi had pleaded with Lion Air and Indonesian authorities to ground the model. The Oct. 29 crash near Jakarta claimed 189 lives and opened global probes into potential problems with an anti-stall system on the popular Boeing plane.

But Sethi said Lion Air officials at the time said they needed more information to take such a step. In addition, the officials told Sethi that Boeing had reassured them that the aircraft was safe.

Now, she believes a second crash of a Boeing Max jet, in Ethiopia this month, could have been prevented if the appeals by the victims' families were given more weight by Lion Air and others. 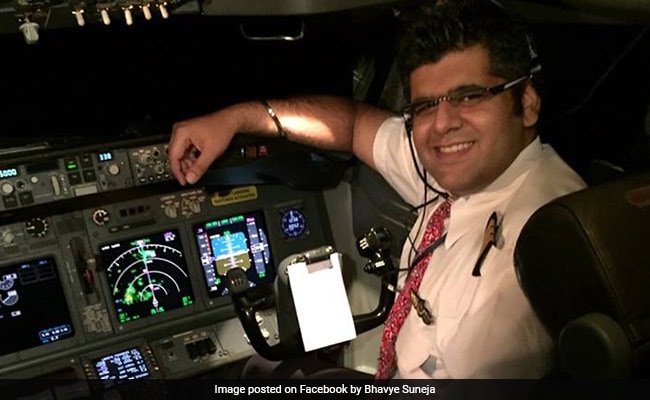 Captain Bhavye Suneja, who flew the doomed the Indonesian plane crash, was from Delhi.

For months, Boeing repeatedly assured the world of the safety of the 737 Max, which was grounded after the March 10 Ethiopian Airlines crash minutes after takeoff from Addis Ababa. All 157 people aboard were killed.

A preliminary report from Indonesian experts released in November focused on possible flawed readings by an anti-stall feature on the 737 Max. Investigators believe the system redirected the nose of the plane downward, leaving the cockpit crew unable to override the autopilot commands.

A similar scenario is being investigated as the potential cause for the Ethiopian crash.

Sethi's husband, 31-year-old Bhavye Suneja, was a methodical pilot and a stickler for preflight inspections, she said. He liked to arrive early and go through the checklist. On Oct. 29, the plane he was about to pilot had experienced mechanical issues on its previous flight.

A month after the crash, Sethi returned to a suburb of New Delhi, where she and Suneja grew up. The couple first met through a matrimonial website and began their courtship over coffee on one of Suneja's trips home from Jakarta. Their families approved of the match and they married in July 2016.

Sethi moved to Indonesia shortly after their "big, fat Indian wedding," she said, smiling at the memory.

Suneja was outgoing and charismatic, a technology buff who could hold forth on the merits of different mobile phones and always wanted the newest camera or watch. From the time he was a boy, there was never any doubt about what he wanted to do.

In Jakarta, the couple would host weekly gatherings of friends and Suneja would cook for the crowd, from biryani to pizza. His peers were drawn to him, too, for a different reason. Although he was the youngest captain in the Lion Air fleet, Sethi said his colleagues would often consult him on safety issues they were facing, prompting long discussions.

Sethi does not know whether any of those discussions involved the 737 Max 8. Last year, her husband completed the practical and computer training necessary to be certified to fly the plane, she said. He called it a "very good aircraft."

After the crash, Suneja's colleagues told her that Lion Air's pilots had received no training on the Maneuvering Characteristics Augmentation System, the anti-stall software. Indonesian officials said last year that Boeing's manual for the new plane did not fully describe the system or how to disable it.

Suneja's colleagues also told Sethi the disturbing story of the previous flights of her husband's plane. It had flown from Jakarta to Bali, where a malfunctioning angle-of-attack sensor was replaced. When the plane took off again to return to Jakarta, the pilots experienced problems controlling the plane and made a distress call. Only the intervention of a third pilot, who happened to be on the flight, allowed the pilots to disable the MCAS system and restore manual control.

The preliminary report released by Indonesian investigators at the end of November did not mention the third pilot. Sethi said that after investigators briefed the families with a PowerPoint presentation, she and her mother-in-law asked about the omission and urged them to tell the other families and the public, but they demurred.

Nurcahyo Utomo, an investigator at Indonesia's National Transportation Safety Committee, said the presence of a third pilot on board the previous Lion Air flight was excluded from the preliminary report because investigators had not yet interviewed him or ascertained his exact role.

"So we heard about it, but it was not yet confirmed," Utomo told The Washington Post.

In January, Sethi returned to Jakarta from Delhi to pack up the apartment she and Suneja had shared. During a meeting with Lion Air officials, she urged them to ground the Max planes. Mediareports said that Boeing was already working on a software fix to the anti-stall system, she noted.

"We suggested if it was a software glitch, why not ground it for a while?" she said.

Meanwhile, families of the victims in Indonesia held protests in front of the presidential palace, urging authorities to ground the Max aircraft, along with other demands. But no action was taken until this month, when countries around the world stopped the plane from flying after the same model crashed in similar circumstances in Ethiopia.

Sethi was out with a friend in Delhi on March 10 when she heard that an Ethiopian Airlines jet had crashed. She immediately rushed home to find out more.

"It was altogether the same story," she said. "I don't have any words."

She was distressed to learn that the Ethiopian Airlines jet that crashed had been delivered by Boeing in mid-November, after the Lion Air disaster.

"They were playing with lives," she said.

A chartered accountant by profession, Sethi returned in November to her parents' home, a bungalow on a quiet street in a suburb of Delhi. Now her days involve gathering information - about sensors, simulators, training manuals.

"I'm just looking for a type of justice," she said quietly. Whoever was at fault "should claim their mistakes." Some of the families of Lion Air victims have filed lawsuits against Boeing, but Sethi said she has not decided whether to pursue a legal claim.

On Sethi's left hand is a small ring Suneja bought for her in Jakarta, a swirl of gold with a hole at the center that resembles an eye. She said she intends to remember him as a "passionate flier and a good human being."

Mahtani reported from Hong Kong. The Washington Post's Stanley Widianto in Jakarta contributed to this report.