All 189 passengers and crew died when the 737 MAX jet slammed into the Java Sea shortly after takeoff from Jakarta last October. 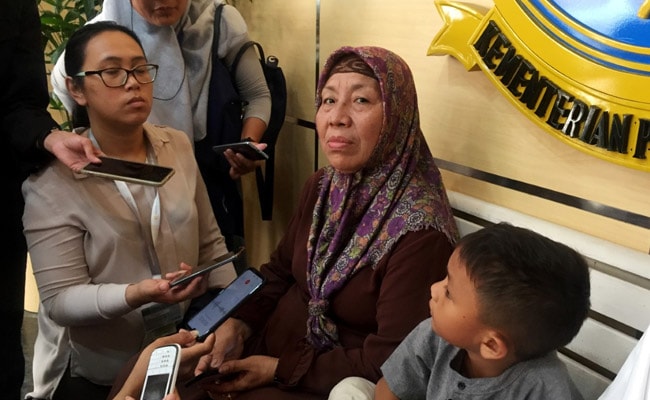 Mechanical and design issues contributed to the crash of a Lion Air 737 MAX jet last October, Indonesian investigators told victims' families in a briefing on Wednesday ahead of the release of a final report.

Contributing factors to the crash of the new Boeing jet, which killed all 189 people on board, included incorrect assumptions on how an anti-stall device called the Maneuvering Characteristics Augmentation System (MCAS) functioned and how pilots would react, slides in the presentation showed.

Reliance on a single angle-of-attack sensor made the MCAS system more vulnerable to failure, while the sensor on the plane that crashed had been miscalibrated during an earlier repair, according to the slides.

A Boeing spokeswoman declined to comment on the briefing, saying, "as the report hasn't been officially released by the authorities, it is premature for us to comment on its contents."

The briefing slides said a lack of documentation about how systems would behave in the crash scenario, including the activation of a "stick shaker" that warned pilots of a dangerous loss of lift, also contributed.

The flight crew also faced multiple distractions and "deficiencies" in manual control of the aircraft and communication, the slides added.

The 737 MAX was grounded worldwide after a second deadly crash in Ethiopia in March 2019.

U.S. planemaker Boeing is under growing pressure to explain what it knew about 737 MAX problems before the aircraft entered service, especially after a Reuters report on messages from a former test pilot describing erratic software behaviour on the 737 MAX jet two years before recent crashes.

Boeing has already said it would redesign the anti-stall system to rely on more than a single sensor and to help reduce pilot workload.

The planemaker is due to release its third-quarter financial results later Wednesday.