No Worry Till Judiciary's Independence is Maintained: Chief Justice of India 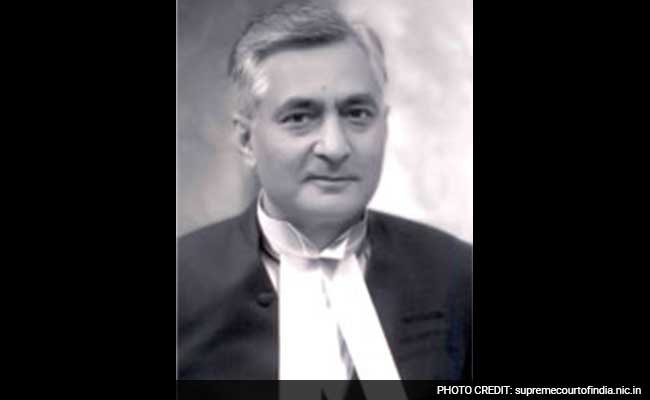 Chief Justice of India T S Thakur today said there is no need to fear or worry till the judiciary is "independent" and upholds the rule of law.

New Delhi: Terming the debate on intolerance as a "political issue", Chief Justice of India T S Thakur today said there is no need to fear or worry till the judiciary is "independent" and upholds the rule of law.

"Yeh siyasi pahlu hain (this is a political issue). We have a Rule of Law. So long as Rule of Law is there, so long as there is an independent judiciary and so long as courts are upholding the rights and obligations, I do not think anyone has to fear for anything," the CJI said in an informal interaction with journalists in New Delhi.

He further said, "India is a big country, we should not be afraid of anything. Yeh sab perception ki baten hain. Jab tak judiciary independent hai, koi baat ki dar nahi honi chahiye (These are all matters of perception. There is nothing to fear till the judiciary is independent)."

However, he refrained from commenting on the political aspects of the intolerance debate, saying "siyasi log iska kaise upyog karten hain, main kuch nahi kehna chahunga (I do not want to comment anything on how politicians use this)."

"But, we are committed to uphold the Rule of Law and protect right of all citizens of the society and people from all creeds and religions. There is no fear to any section of society," Justice Thakur said.

Observing that certain rights are available even to non- citizens, including terrorists, he said they are the beneficiaries of the Rule of Law and can be tried only in conformity of law and "cannot be hanged" without due process.

"In so far as we are concerned, we have no such impediments. We have no such bias and we have no such reluctance. We can protect the rights of all citizens," he said while specifically answering questions on the recent trends and the issue of intolerance.

Making it clear that he was not referring to any particular incident, the CJI said this country has been home to all religions and even those who were persecuted in other countries have "thrived" here.

The Chief Justice said "people persecuted in other societies, have come here and thrived. We have Parsis and their contributions are immense. We have legal luminaries and industrialists. We have people upholding rule of law like F S Nariman, Nani Palkhivala and you know their contributions."

"Some frailty and animal instincts are there in human minds, but there should be spirit of tolerance in an inclusive society and mutual respect and faith in each other's religions. That should be promoted and we can progress only then," Justice Thakur said.

He also referred a Muslim scholar who had translated the 'Bhagwad Gita' and referred to a couplet from his Urdu translation of the holy book to drive home the point of Lord Krishna that all religions despite having different paths led to one Almighty.