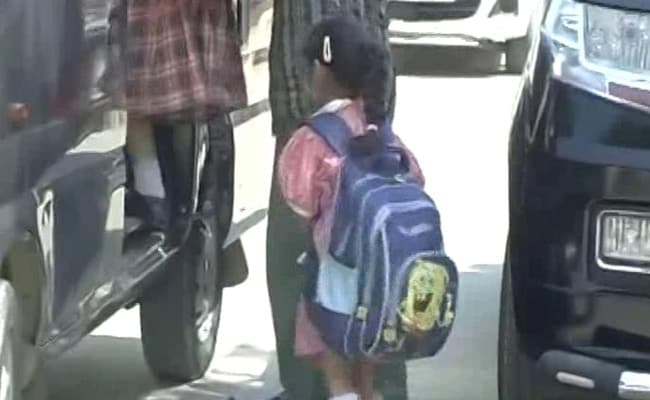 New Delhi: The Central Board of Secondary Education has directed schools affiliated to it to ensure that students do not carry school bags till class two and also to restrict the number of books to be prescribed in classes one to eight, Minister of State for Human Resource Development Upendra Kushwaha told the Lok Sabha on Monday.

In a written reply to a question, he said both the National Council of Educational Research and Training (NCERT) and the Central Board of Secondary Education (CBSE) have taken several measures to reduce curriculum load and the weight of school bags.

"In its latest circular dated September 12, 2016, it has advised schools to take all possible measures to keep the weight of school bag under control," said the Mr Kushwaha.

"The Government has also launched a platform for showcasing and dissemination of all digital and digitisable resources for its stakeholders in collaboration with the NCERT," said the Mr Kushwaha, adding that the NCERT has made available all their textbooks and other teaching-learning material for free access on its website.