No Role In Attack On Migrants In Gujarat, Says Congress MLA Alpesh Thakor

The ruling Bharatiya Janata Party (BJP) has been blaming Alpesh Thakor and his outfit Gujarat Kshatriya-Thakor Sena for the outbreak of violence. 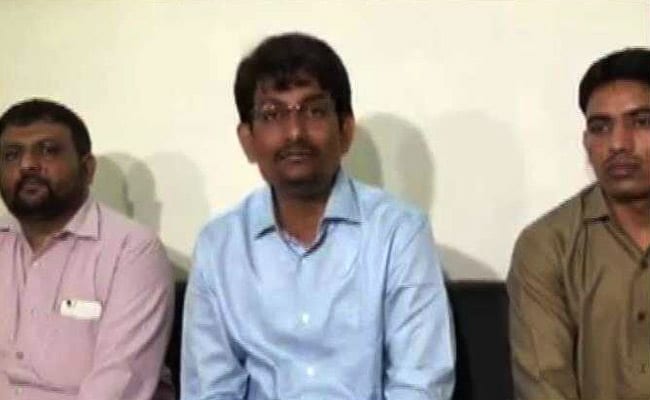 Under fire over the attacks on Hindi-speaking migrants in Gujarat, Congress MLA Alpesh Thakor yesterday shot off letters to the Chief Ministers of Bihar and Uttar Pradesh claiming he or his outfit were not involved in the violence that has triggered an exodus.

The ruling Bharatiya Janata Party (BJP) has been blaming Mr Thakor and his outfit Gujarat Kshatriya-Thakor Sena for the outbreak of violence.

The outfit's name also figures in some of the FIRs filed in connection with the attacks which started after a native of Bihar was arrested for allegedly raping a 14-month-old girl in Sabarkantha district on September 28. The girl hails from the Thakor community.

The letters, having similar content, were addressed to Uttar Pradesh Chief Minister Yogi Adityanath and his Bihar counterpart Nitish Kumar. Most of the migrants leaving Gujarat after a spate of attacks on them are from these two states.

In the letters, Mr Thakor said he was only demanding justice for the rape victim but "some people" have politicised the issue.

The Congress legislator claimed people from Bihar and UP were leaving Gujarat by "blindly believing rumours" and termed the attacks as a "well-planned strategy".

"North Indians have started leaving Gujarat during the last few days. They are doing as they are blindly believing some rumours. An atmosphere of mistrust is being created. This is not a good sign for a civil society," Mr Thakor said in the letters.

"Every person of UP/Bihar, who comes to Gujarat with lots of expectations, are my brothers. Their families are my families," he added.

"The entire issue was about rape on a 14-month-old girl. I was only trying to get justice for the daughter of my community. But, the issue was given political colour by some people. Attacks carried out on the people of UP/Bihar as part of a well-planned strategy," the Congress MLA said.

Mr Thakor claimed he or members of his outfit were not involved in such attacks.

He even invited both the CMs to attend his 'Sadbhavna Upavas' (goodwill fast) on October 11.

"I am of the opinion that action must be taken (against) anyone who was guilty of carrying out (the) attacks. I think the Thakor Sena is wrongfully dragged in this. Truth is that I or my outfit were not involved in such incidents," Mr Thakor said in the letters.

Since the child's rape in a village in Sabarkantha district on September 28 and the arrest of a labourer hailing from Bihar for the crime, six districts, most of them in north Gujarat, have seen sporadic incidents of violence against Hindi-speaking people.

The BJP has accused the Congress of instigating violence against the migrants and demanded that party chief Rahul Gandhi expel Mr Thakor for his alleged "venomous" speeches to incite locals.

Shyam Singh Thakur, president of the Uttar Bhartiya Vikas Parishad, an outfit of north Indians in Gujarat, said more than 60,000 Hindi-speaking migrant labourers have fled the state so far.