Both Alpesh Thakor and Udayanraje Bhosale, who had joined the BJP earlier this year, are trailing in their respective seats. 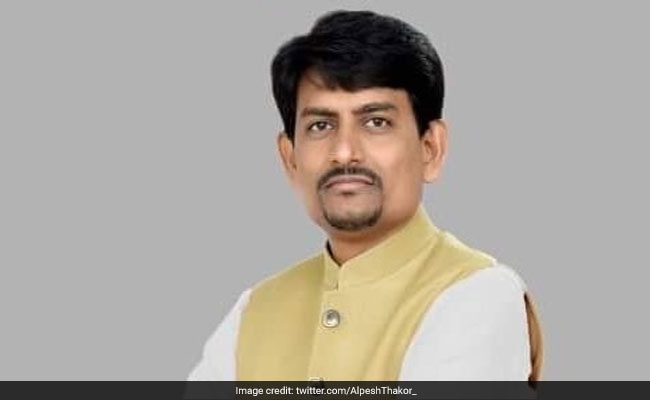 The Congress and its allies had fallen on hard times in the run-up to the October 21 elections, with many of their leaders switching to the more powerful BJP in search of greener pastures. However, on counting day, two of their most high-profile defectors -- Alpesh Thakor and Udayanraje Bhosale -- didn't exactly see their political move translate into votes.

Former Radhanpur MLA Alpesh Thakor, who was credited with the Congress' improved performance in the 2017 Gujarat elections, had dealt a major blow to the party when he dropped out ahead of the Lok Sabha polls to join the BJP. He was fielded from the same seat by the ruling party in the October 21 bypoll, but going by the latest figures released by the Election Commission of India, he is trailing Congress leader Desai Merajbhai by over 4,000 votes.

The firebrand leader had cited the "sidelining" of the Other Backward Classes community as his reason for quitting the Congress. "I will not sit quietly or continue as an MLA if my people get nothing," Mr Thakor had said then, terming those helming the Gujarat Congress as "weak".

Alpesh Thakor had first stepped into the spotlight two years ago, when he -- along with youth activists Hardik Patel and Jignesh Mevani -- provided the Gujarat BJP with its first real challenge in the state elections since 1998. While Alpesh Thakor was seen as the face of the sizeable OBC community in Gujarat, Hardik Patel and Jignesh Mevani represented the Patidars and Dalits respectively.

Dhavalsinh Zala, another Gujarat leader who had defected from the Congress along with Alpesh Thakor, is also trailing the Congress' Patel Shivabhai by a narrow margin in Bayad seat.

Udayanraje Bhosale had quit the Nationalist Congress Party in September, months after getting elected to parliament from Maharashtra's Satara in the Lok Sabha elections. A 13th generation descendant of Maratha king Shivaji Maharaj, he had seemed like a worthy addition to the BJP-Shiv Sena alliance at the time. "The BJP is taking Shivaji's thoughts ahead, and that is the only reason for the party's good performance in all the states," Mr Bhosale had said.

However, things didn't seem to be going his way as the results of the Satara bypoll poured in on Thursday. Last heard, the Nationalist Congress Party's Shriniwas Patil -- who Mr Bhosale was pitted against by the BJP -- seemed to have gathered a near-unassailable lead of over 80,000 seats.

Mr Bhosale's impending fate did not escape the notice of Nationalist Congress Party leader Sharad Pawar either. "One important thing to see is that people who left us, have not been accepted. Defections have not worked in favour of those who left," news agency ANI quoted the 78-year-old politician as saying.

The country witnessed assembly elections in Maharashtra and Haryana, besides bypolls in 51 assembly and two parliamentary seats across 17 states and a union territory, on October 21.