No Proof That Threat Letter Against Hollande's Visit Is Real: French Ambassador 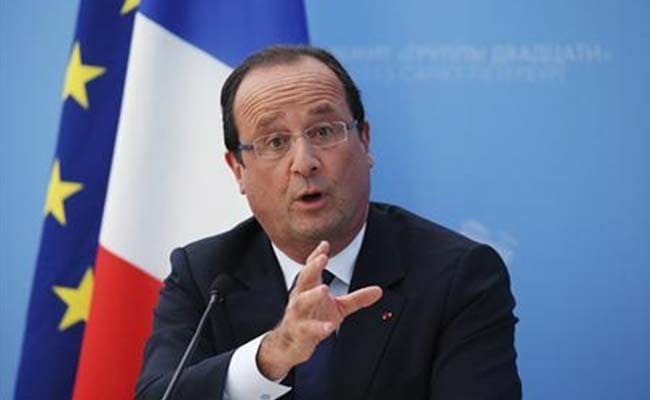 New Delhi: French Ambassador to India Francois Richier today said there was no evidence to suggest that a threat letter warning President Francois Hollande against his India visit was real.

Bengaluru Police on Thursday said a case was registered after the French consulate in Bengaluru handed over a letter allegedly conveying Al Qaeda's warning to the French president not to participate in the Republic Day celebrations as chief guest.

Mr Hollande will participate in the Republic Day parade in Delhi on January 26.

"It's sad the letter has been leaked. We're looking into the issue even though we are accustomed to receiving leaflets like this one. Nothing new to us...we receive a plenty of them. Generally, these seek to create disorder or attract media attention. They never prove to be true," the French ambassador told reporters in New Delhi.

"There is nothing at the moment that leads us to believe it is a 'real threat'. It may be just another excited sentiment," Mr Richier said.

"It is not a specific threat. It's a specific paper that claim to be (sent) on behalf of a terror organisation. I cannot say there is a threat here. It may simply be the kind of paper we receive regularly from people who just want to create media attention. This is why these papers are leaked," he added.