"Tukde-Tukde gang" is a term often used by right-wing parties to attack the Left-backed groups and their supporters. 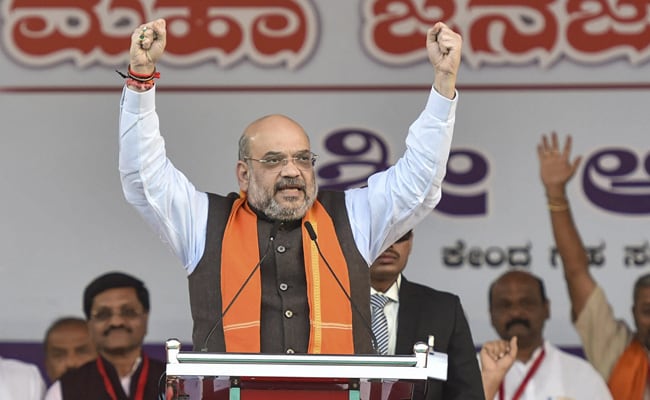 There is "no information concerning tukde-tukde gang", the Union Home Ministry responded to a query under the Right To Information Act, an activist has claimed. In a tweet, Sanket Gokhale has attached the response of the home ministry to his query, filed last month.

His post read, "The 'tukde tukde gang' does not officially exist & is merely a figment of Amit Shah's imagination".

The Home Ministry has responded to my RTI saying:

"Ministry of Home Affairs has no information concerning tukde-tukde gang."

The "tukde tukde gang" does not officially exist & is merely a figment of Amit Shah's imagination. pic.twitter.com/yaUGjrqI4f

NDTV has no independent confirmation of Mr Gokhale's claims.

"Tukde-Tukde gang" is a term often used by right-wing parties to attack the Left-backed groups and their supporters. It was coined after anti-national slogans were allegedly raised at an event in Delhi's prestigious Jawaharlal Nehru University. A sedition case was filed against Kanhaiya Kumar, then chief of its student union, which had organised the event.

"I want to say that it's time to punish the tukde-tukde gang led by the Congress. They are to be blame for the violence in the city. People in Delhi should punish them," he said at an event in Delhi last month, referring to those protesting against the contentious citizenship law.

Earlier this month, Mr Shah had twice accused Delhi Chief Minister Arvind Kejriwal of not granting sanction to prosecute Kanhaiya Kumar and the others who allegedly raised anti-India slogans.

Since the attack on the JNU campus earlier this month, during which masked men targeted students and teachers leaving more than 20 injured, the university has been repeatedly targeted on social media.

Casting the "tukde tukde" slur, many in social media had expressed the opinion that the students deserved everything they got.

The Karnataka unit of the BJP had tweeted: "For too long, Leftists have been treated with kid gloves. No wonder this "good for nothing breed" has grown like a Weed. It is time #JNU Tukde Tukde Gang is identified & punished for its acts of violence. Future of India can't be at the mercy of Leftist Goons".