No Guidelines To Handle Complaints Against Vigilance Body Head: Centre

There are no guidelines in place to handle complaints against the CVC, the ministry said in response to an RTI or Right To Information query. 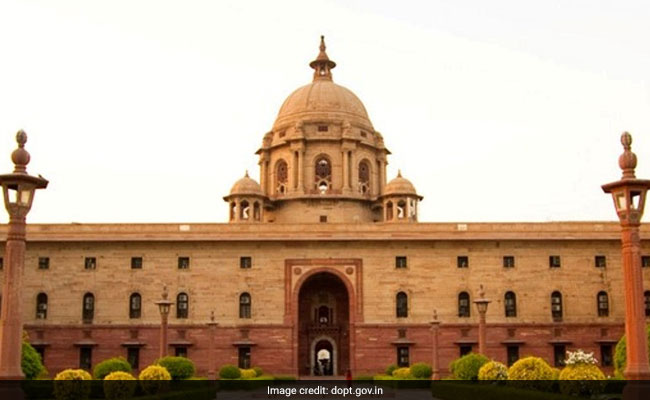 The Centre, in an RTI reply, said there are no current provisions to acto on complaints against CVC

The central government has started the process of framing guidelines to handle grievances or complaints against the Central Vigilance Commissioner (CVC), the Personnel Ministry has said.

There are no guidelines in place to handle complaints against the CVC, the ministry said in response to an RTI or Right To Information query.

The Personnel Ministry's assertion comes amid a raging controversy in the Central Bureau of Investigation involving its Director Alok Kumar and Special Director Rakesh Asthana.

The two warring officers, who have alleged each other of impropriety, have been sent on leave by the Centre.

On Friday, the Supreme Court asked the Central Vigilance Commission, that exercises superintendence over the CBI in corruption matters, to complete within two weeks its inquiry into allegations against Mr Verma.

It added that "suitable action" will be taken on complaints once such guidelines are in existence.

The ministry was responding to an RTI application filed by whistle-blower bureaucrat Sanjiv Chaturvedi.

Mr Chaturvedi had sought copies of correspondences from the Personnel Ministry related to a plea filed by him on July 15 last year with the president's secretariat.

The president's office forwarded it to the Personnel Ministry on July 27.

The plea was filed by Mr Chaturvedi invoking Section 6 of the CVC Act that empowers the president to refer cases of allegation of misconduct against the CVC for enquiry by Supreme Court.

The secretariat had forwarded the application to the Personnel Ministry for necessary action.

Mr Chaturvedi had alleged that the CVC closed cases of corruption involving senior functionaries in Delhi's All India Institute of Medical Sciences (AIIMS).

Mr Chaturvedi, who has sought probe against Central Vigilance Commissioner KV Chowdary, had sent documents, running into almost 1,000 pages, in support of his claim to the office of the president.

He shared the details of seven cases with the president's secretariat. These include one on his alleged victimisation while he was chief vigilance officer (CVO) at AIIMS.

Mr Chaturvedi served as the CVO, that acts as the distant arm of the CVC to check corruption, at AIIMS from July 2012 to August 2014.

He has brought various corruption cases to the notice of the CBI during his tenure. The CBI, after a detailed probe, recommended departmental action in four cases, naming officers and senior faculty members, which were closed by the CVC, reveal documents accessed by Mr Chaturvedi through an RTI.

Mr Chaturvedi then approached the president's office for taking necessary action against the CVC.

A parliamentary standing committee on health in its report submitted in August 2015 "strongly deprecated non serious attitude of health ministry in tackling corruption cases at AIIMS".