"No Establishment, When Criticised, Feels Happy About It": Javed Akhtar

Lyricist-writer Javed Akhtar said, "You can't think of a democratic country and unjust society where freedom of expression is curtailed" 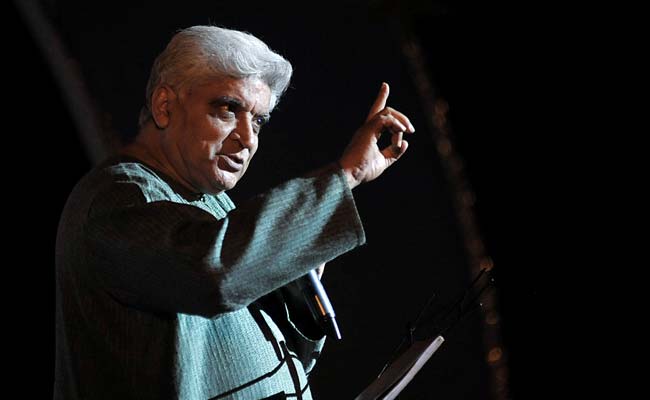 Lyricist-writer Javed Akhtar on Saturday said people should not stop giving opinion even if they are against the establishment. Mr Akhtar said he believes freedom of expression cannot be curtailed in a democratic society.

"If you say anything to an establishment or a person will they like it? I cannot think of an establishment which, when criticised, feels happy about it," he said in response to an audience question on freedom of expression during a session at India Film Project.

"Despite that people have given their opinion upfront and expressed themselves upfront and this right should not shrink because you can't think of a democratic country and unjust society where freedom of expression is curtailed. That should not be accepted at any cost," Mr Akhtar said.

He said he believes people should feel fortunate that they live in a democratic country and should keep protecting their rights.

"You should speak your mind and consider yourself fortunate that you are born in a country like India where we have a democratic system. We can't compromise it at any cost. You can see the rest of the Asia where people don't have the rights that we use and we have to protect the rights and privileges," he added.