The Defence Ministry has also been informed that there was no data theft from the IAF office during the break in. 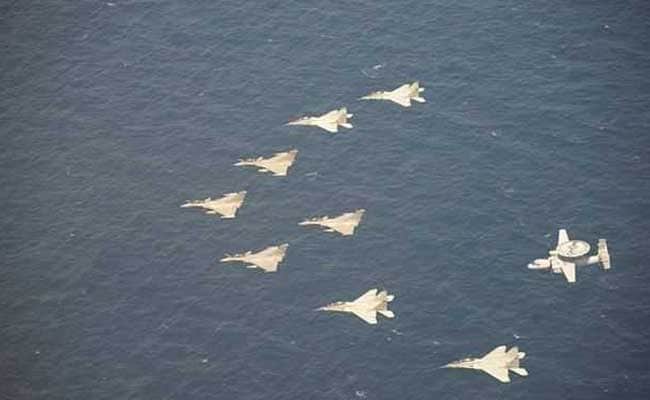 The Rafale team sits out of Saint Cloud suburb of Paris and the police are investigating the case. (FILE)

No data has been stolen from the computers of the Indian Air Force (IAF) Rafale project team office in Paris where there was a break in last month, a cyber forensic team has found during its probe.

"The cyber forensic these of the Air Force consisting three members has found that no data was stolen from the Indian Rafale project management team during the break-in by unidentified personnel there," defence sources told news agency ANI in New Delhi.

The three-member team had left for Paris soon after the reports about a break-in on a weekend were received by the IAF, they said.

The team was sent to France to probe if any documents were stolen or copied during the break-in into its Rafale Project management team office.

Unidentified persons broke into the Indian Rafale Project management team office in France in May in what was suspected to be a possible espionage attempt to steal data related to the aircraft critical to India's national security plans.

The Defence Ministry has also been informed that there was no data theft from the IAF office during the break in.

The Rafale project team is headed by a Group Captain-rank officer who looks after issues related to the 36 Rafale combat aircraft, including the production timelines and training of Indian personnel who have to be trained for maintenance and flying operations of the plane, which India is acquiring.

The Rafale team sits in a building complex in Saint Cloud suburb of Paris and the police are investigating the case.

Sources said the main aim of the break-in could have been to steal data as valuables or money are not kept in these administrative offices. The Indian Rafale team office is situated in the vicinity of French Dassault Aviation office blocks.