The traditional ceremonial garb of British students is still followed by many universities in Bihar, especially when honorary degrees are conferred. 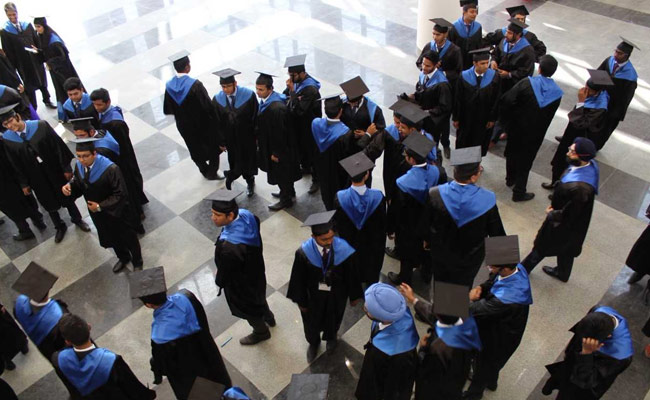 More than 70 years after Independence, the British dress code for students receiving their degrees - the black gown and mortar board - is on its way out in Bihar. Chief Minister Nitish Kumar had never been its fan and never made a secret of it. Now, by the order of the Governor, Bihar colleges are set to move towards a homegrown version that would involve a turban and angvastram - the very Indian neck scarfs.

The traditional ceremonial garb of British students is still followed by many universities in Bihar, especially when honorary degrees are conferred.

The order from Governor Lalji Tandon detailed the costume for everyone attending such an occasion -- Chancellor, Vice-Chancellor, Chief Guest, University officials and men and women students.

While the officials and guests will wear kurtas and jackets with "sujani embroidery" - the traditional quilt embroidery from rural parts of the state - everyone, including the women, would use the turban favoured by freedom fighter and educationist Madan Mohan Malviya.

The colour scheme promises to make such occasions dazzling, with lots of lemon yellow, red and various shades of blue being the dominant hues.

The order from the Governor's secretariat said the matter was decided after costume designs were submitted by three "Vice Chancellors Stature Committee" and suggestions from different vice chancellors.

Seven years ago, Mr Kumar had ducked one such occasion - politely declining Patna University's offer to confer on him an honorary degree. There was speculation at the time that he wished to stay out of controversy, since his then arch-rival Lalu Yadav had also turned down a similar offer.