Before this, the BJP and Nitish Kumar's JDU had also differed over the proposals of a Uniform Civil Code. 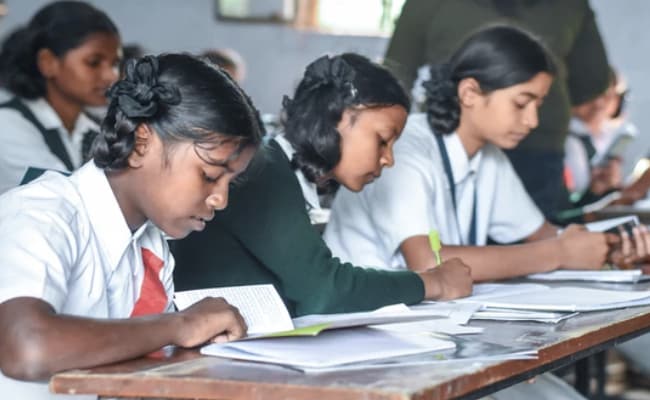 The CBSE has also dropped from the course content chapters on 'democracy and diversity'.

In yet another sign of growing differences between Bihar Chief Minister Nitish Kumar's Janata Dal-United and senior partner BJP, differences have cropped up over proposed changes to the high school curriculum.

The Central Board of Secondary Education (CBSE) has decided to lop off chapters on the Non-Aligned Movement, the Simla Agreement, and more from the history and political science syllabi of Classes 11 and 12.

The opposition has condemned the move, saying it was yet another attempt by the BJP-led government at the centre to distort India's history and push its own political narrative.

Bihar Education Minister Vijay Kumar Choudhary, considered close to party boss and Chief Minister Nitish Kumar, on Monday expressed reservations about the move and said it was an "impractical and illogical idea".

Before this, the two parties had also differed over the proposals of a Uniform Civil Code, which aims to do away with religion-specific laws, as some BJP members openly said it should be implemented while Janata Dal-United members rejected the idea.

Bihar Chief Minister Janata Dal-United (JDU) rules the state in alliance with the BJP, where the latter has more seats.

The CBSE's move to drop lessons on the Cold War era, the rise of Islamic empires in Afro-Asian territories, the chronicles of Mughal courts and the industrial revolution, translated excerpts from two poems in Urdu by Faiz Ahmed Faiz in the 'Religion, Communalism and Politics - Communalism, Secular State' section, has also elicited consternation from the Congress.

The CBSE has also dropped from the course content chapters on 'democracy and diversity'.

Senior Congress leader Rahul Gandhi on Monday called the national level board of education 'Central Board of Suppressing Education' in a scathing tweet.

Asked about the rationale behind the choice of topics or chapters being dropped, officials maintained that the changes are part of the rationalisation of the syllabus and are in alignment with recommendations by the National Council of Educational Research and Training (NCERT), reported news agency PTI.