"Is That A Letter?" Nitish Kumar's Cutting Message For Aide Pavan Varma

Pavan Varma had yesterday said he was waiting for Mr Kumar's response to his letter, in which he had questioned the JDU chief's decision to tie up with Bihar alliance partner BJP for the Delhi election. 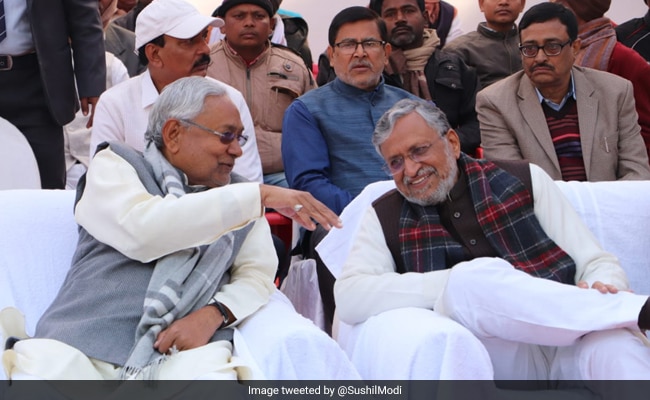 Nitish Kumar's party has an alliance with the BJP in Bihar.

Bihar Chief Minister Nitish Kumar, after hitting out at close aide Pavan Varma over a letter criticizing him, made it clear today that he was not about to oblige the Janata Dal United (JDU) general secretary with a response. "Is that a letter," Mr Kumar said caustically to reporters.

Pavan Varma had yesterday said he was waiting for Mr Kumar's response to his letter, in which he had questioned the JDU chief's decision to tie up with Bihar alliance partner BJP for the Delhi election.

"That is not a letter. If a person is in a party, he writes a letter explaining the issue and then a reply is given to that person. Sending an e-mail without even informing and going straight to the press doesn't make any sense to me. I don't consider that a letter," the Chief Minister said, virtually making it clear he will no longer communicate with Mr Varma, who is also the party's national spokesperson.

On January 20, Mr Varma had tweeted his letter to the Chief Minister with the message: "This is the letter I have written to Nitish Kumar today asking him how the JD(U) has formed an alliance with the BJP for the Delhi elections, given his own views on the BJP, and the massive national outrage against the divisive CAA-NPR-NRC scheme."

In the letter, he referred to private conversations in which the Chief Minister, he said, had expressed "grave apprehensions" about the BJP and its ideological mentor Rashtriya Swayamsevak Sangh (RSS). He said when they first met in 2012, Mr Kumar had spoken to him at length on "why Narendra Modi and his policies are inimical for the country."

"If anyone has any issues with our stand then the person can discuss it within party or at party meetings, but to give such public statements is surprising. Is this a way to talk? He is free to go and join any party he likes, my best wishes," he told reporters.

Mr Varma said he was "happy that there was space for discussion" within the party and added he would decide on his options after Mr Kumar's reply to his letter.