Assembly Speaker Vijay kumar Sinha had to announce that despite his best intentions, he was compelled to call off the discussion because of the thin attendance. 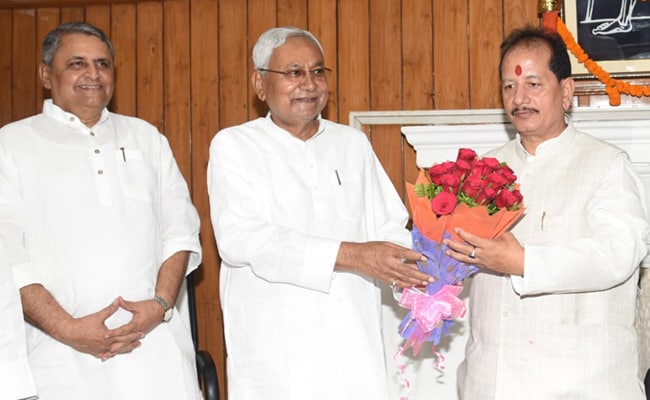 When the discussions took place in the 2nd half of the session, the entire opposition was not present.

Unprecedented friction in the Nitish Kumar-led ruling alliance in Bihar has forced the Speaker to call off a discussion in the assembly on picking the "best legislator".

Chief Minister Nitish Kumar's Janata Dal United (JDU) boycotted the discussion, which was hugely embarrassing for ally BJP. The two JDU ministers who were present when the discussion started also left when they realised that there was hardly anyone around from their party.

More than 20 JDU MLAs were present in the assembly building, in state minister Shrawan Kumar's chambers, but they stayed away from the house.

This was seen by many as the JDU's tacit show of solidarity with the opposition RJD of Tejashwi Yadav, that has been disrupting house over the Agnipath military recruitment scheme that has sparked massive protests in Bihar and other states.

When the discussion was taken up in the second half of the assembly after lunch, the entire opposition was MIA. They had already decided to boycott the assembly session there are two more days left -- upset at allegedly not being allowed to speak on the Agnipath scheme.

Speaker Vijay kumar Sinha had to announce that despite his best intentions, he was compelled to call off the discussion because of the thin attendance.

"Sadly, many members of the ruling party are not present. This sends a wrong message. With a sad heart, I am ending this discission," Mr Sinha told the house.

The episode adds a new layer to the rift between Nitish Kumar and the BJP in the past few months. The latest point of conflict is the Centre's Agnipath scheme, with the state BJP chief targeting Nitish Kumar.

JDU leader Sanjeev Kumar said their absence wasn't by design. "It wasn't intentional, it was situational. It was a coincidence. Our leader (Nitish Kumar) has said we need to discuss the Agnipath scheme," Mr Kumar said.

"It is wrong to think there was any agenda behind the absence of JDU members. We just got a bit late while returning from a meeting," claimed Leshi Singh, another minister from Nitish Kumar's party.

The discussion was initiated by BJP MLA Sanjay Saraogi, who said there was a need to "reward" those who take an active interest in legislative business, citing the example of other state assemblies.

After his speech, another party MLA drew attention to the "lack of quorum", or minimum attendance, in the house. The House must have 10 per cent of its 243 members for proceedings to continue. The BJP alone has more than thrice the number of MLAs.