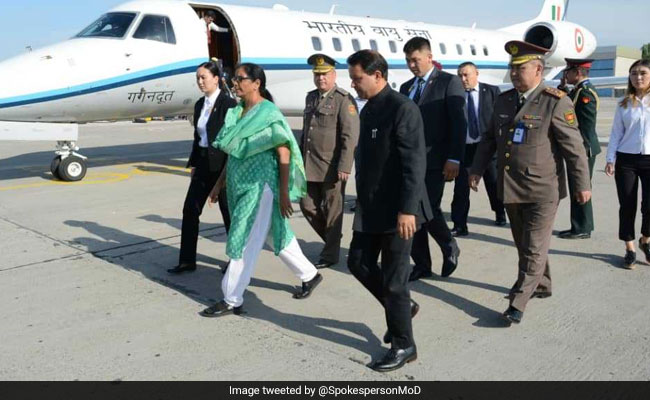 The two sides discussed regional and bilateral security issues during the meeting.

The Defence Minister is in Kyrgyzstan on a three-day visit to attend the SCO meet, along with holding bilaterals with other member-countries on the summit's sidelines.

She is scheduled to attend the SCO ministerial meeting later today. The eight member-states will discuss ways to increase cooperation in combatting terrorism, among other issues, during the meet.

The current SCO meeting is being held in the run-up to the SCO summit, which is expected to take place from June 14 to June 15 this year.

In 2018, India participated in the SCO Defence Ministers meeting for the first time. Speaking at that meeting, Ms Sitharaman had highlighted India's keen interest in developing an expanded partnership with the broader Eurasian region.

In 2018, India for the first time participated in the SCO defence exercises. The joint exercise was conducted by the Central Military Commission of Russia at Chebarkul, Chelyabinsk. The exercise involved tactical level operations in an international counterinsurgency or counter-terrorism environment under the SCO Charter.