"Nirmala Sitharaman Naive, Being Made Scapegoat": Congress On Rafale Deal

Shakti Singh Gohil says a group of committees should discuss and negotiate when such deals are being made, leaving no chance for corruption. 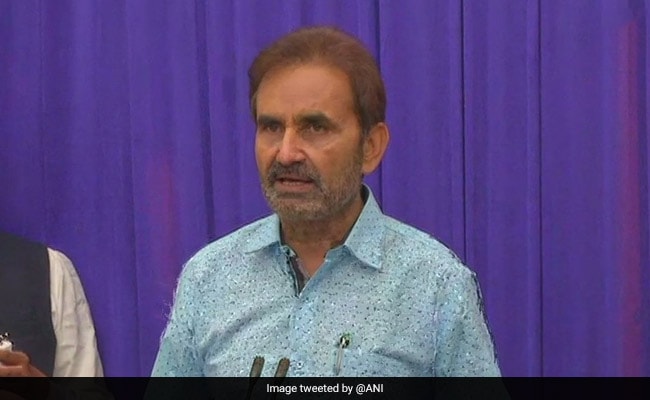 Referring to the Rafale deal as the biggest in terms of corruption, Congress spokesperson Shakti Singh Gohil has said the culture of crony capitalism has become part of the Narendra Modi government's DNA.

Speaking to media during his one-day visit to Kota on Sunday, Mr Gohil said Congress workers would tour the country and expose the corrupt Rafale deal.

Alleging that the entire deal reeks of gross mismanagement, Mr Gohil questions, "How did the price of Rafale aircraft shoot up by 300 per cent during Modi's tenure from Rs. 526 crore to Rs. 1,670 crore."

"It is said Modi does not accept less than crores. He is the master in safe corruption," Mr Gohil said and pointed out that for the first time three defence ministers have been in office in four years.

"Arun Jaitley and Manohar Parrikar escaped the corruption charge in Rafale deal. Nirmala (Seetharaman), being politically naive, is now being made the scapegoat," he alleged.

BJP had carried out a campaign against the Congress, alleging corruption in the Bofors deal. However, no evidence was found against Rajiv Gandhi, he said.

A group of committees should discuss and negotiate when such deals are being made, leaving no chance for corruption, Mr Gohil explained.

"If the Modi government is sure of the Rafale deal, why does it not constitute a joint parliamentary committee (JPC) as demanded by Congress national president Rahul Gandhi," he asked.